75 years since the Nazi occupation of Tunisia 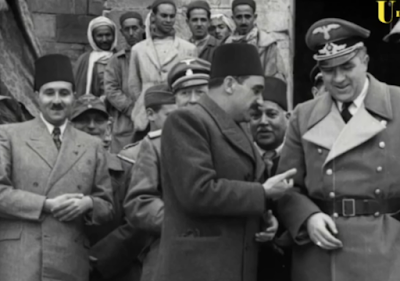 Seventy-five years since the Nazi occupation of Tunisia, this video is a precious visual record of the six months of hell suffered by the Jewish community.

The first round-up of Jewish males took place on 9 December 1942: some 5,000 Jews were to be sent to forced labour camps.

The procession took one Jew past his own house. His neighbours, whom he had always got on with, stood on their balconies shouting: 'Dirty Jews!' It was then that he became a Zionist.

Admiral Esteva, a practising Christian, who headed the French administration, had failed to put into place some of the statut des juifs discriminatory laws: the ruler Moncef Bey  said he considered Tunisians of all faiths to be his subjects.

Had the Allies not liberated Tunisia, it is thought that the Nazis would have put into effect their plans for exterminating the Jews.