Moroccan Jews are in uproar following the revelation that their Casablanca community took four children away from a Jewish woman on the grounds that she was mentally ill.  (With thanks: Michelle) 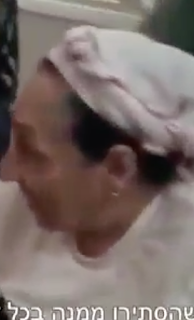 The story of Marie Perez and her four children is being told in instalments of Avodim ('Lost') on Israel's TV channel 13.

Marie Perez was born in 1940 in Casablanca. She was a widow who used to beg for alms with a daughter at the Casablanca Jewish cemetery. Her second husband was also a beggar. He was blind. Together they had four children. One died.

The baby was abducted by their Muslim maid in 1968 when Marie took her children to school one day. Arguing that Marie was mentally unstable and an alcoholic living in penury incapable of protecting her children, the Jewish community decided to take the three remaining children, place them in foster homes or put them up for adoption.

Marie Perez had another two children and in 1985 she left Casablanca and came to Israel.

Six people were made miserable - Marie, her children, her husband who died without finding them. Two of the children had been told by their adoptive parents that they had been sold. One is now a famous singer in Israel, Maxime Perez.

The final instalment in the series will be shown on Tuesday 21 November.

Interesting story. Maybe it's just me but, from this article, I can't tell if this is a fictitious mini-series or a news program mini-series. Please excuse my ignorance.

It is a documentary series. The story really did happen, unfortunately.

And let me guess: the one taken by the muslim maid is now raised as a muslim?