Iraqi Jew pleads for archive not to go back

'It's as if my lost history came back to life', Joseph Samuels felt when he visited an exhibition of the Iraqi-Jewish archives in California. If the archive returns to Iraq, he fears, these historical treasures could be lost forever. Article in the Miami Herald: 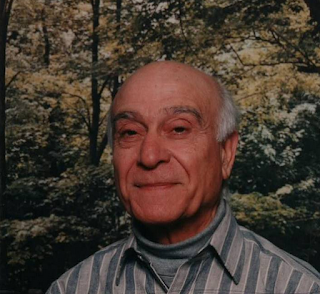 Despite the U.S. government’s valiant effort to preserve and restore this treasure, the State Department is preparing to return the artifacts to Iraq in September 2018 in accordance with an agreement made with the Iraqi government under the Obama administration.

But these artifacts belong to the Iraqi-Jewish community and their descendants. Returning the trove to Iraq is tantamount to returning stolen treasure to a thief. President Donald Trump and the State Department should do all that they can to prevent such an injustice.

I was born in 1930 in Taht Al Takia, the Jewish quarter of the old city of Baghdad. Baghdad was my home, and Iraq was my country. But my sense of national identity was shattered when Muslim mobs looted and burned Jewish homes and businesses, murdering hundreds of Jewish men, women and children in the 1941 pogrom known as the Farhud.

I was 10 years old. There was nowhere to run, and no country to take us in.
After the failed Arab war against Israel in 1948, the Jews of Iraq and other Arab countries faced anti-Semitism and open hostility. We suffered arrest, torture, public execution and confiscation of property. The Iraqi-Jewish artifacts are a rare example of what was stolen from more than 850,000 Arab Jews and the historical Jewish presence that Arab regimes are attempting to erase. At present, there are only about 3,000 Jews living in Arab countries who are continuing our story.

Decades later, the Baath Party, led by Hussein, looted and confiscated public and personal items from synagogues, Jewish schools and community properties. On May 6, 2003, the U.S. Army uncovered these artifacts hidden in a flooded basement of the Mukhabarat (Iraqi secret service) headquarters.

With the approval of Iraq’s provisional government, the U.S. military rescued the damaged items and brought them to this country. The U.S. government has since spent more than $3 million to restore the archive, exhibiting it across the country. The artifacts brought tears to my eyes when I first visited the collection at the Nixon Library. It’s almost as if my lost history in Iraq came back to life.
The hearts of the Iraqi Jewish community are filled with gratitude toward the heroic teams who rescued and restored this collection. Thanks to the United States, we have preserved these pieces of history for present and future generations.

But Iraq has proven itself an unreliable custodian, and we fear these historical treasures could be lost forever. Trump has the chance to be remembered as the preserver of our history, just like Moses who brought the Hebrews from Egypt and kept their message alive for future generations. I implore the administration, on behalf of all Jews from Arab lands and our descendants, to keep our icons of history from being sent back to those who stole them from us.