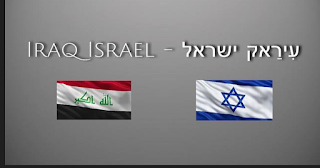 The fact that most bombings in Iraq are committed by Palestinian terrorists could be the reason why a flood of positive messages has reached Israel from Iraq. They point to a surprising surge of support for normalisation with Israel. Ynet News reports:

Against the backdrop of the events on the Temple Mount and the recent terrorist attacks, the Foreign Ministry in Jerusalem was very surprised to see a dramatic increase in the number of Israel sympathizers in Iraq. Yonatan Gonen, head of Arabic-language digital diplomacy at the Foreign Ministry, who also runs the Foreign Ministry's Facebook and Twitter accounts, said that the ministry has been flooded with pictures and messages of sympathy, support and even a desire to establish relations between the two countries.

In addition, several new Facebook pages were opened, and even an Arabic-language website was created to bring Israelis and Iraqis together.
The reactions include harsh criticism of "the hypocrisy of the Arab peoples," with an emphasis on the Egyptians and the Jordanians, whose countries have signed a peace treaty with the State of Israel.

At the same time, some respondents admit that the desire to establish relations with Israel does not stem from their love for the country, but rather from their disappointment with the Arab states and their desire to eliminate terrorism in their country.

For example, Zaid, from Baghdad, wrote to the Israeli Foreign Ministry, "All the Iraqis are with you, not necessarily out of love. Israel did not (even) throw stones at us while the Muslim Brotherhood sent suicide bombers and financed them to fight us."

Abdullah Bassem from Baghdad wrote, "A message from Baghdad to Tel Aviv: We recognize the State of Israel—the chosen and the victorious people. Fakestinians (a derogatory term for Palestinians) are traitors and terrorists. We, as Iraqis, will be happy to visit Israel and welcome a visit by Israelis to their second homeland, the great nation of Iraq."

Bader from the city of Basra wrote, "The Iraqis have suffered for years, while the Israelis have been refusing to accept terrorism for decades. The Palestinians must be expelled to countries that adopt and teach death and destruction." 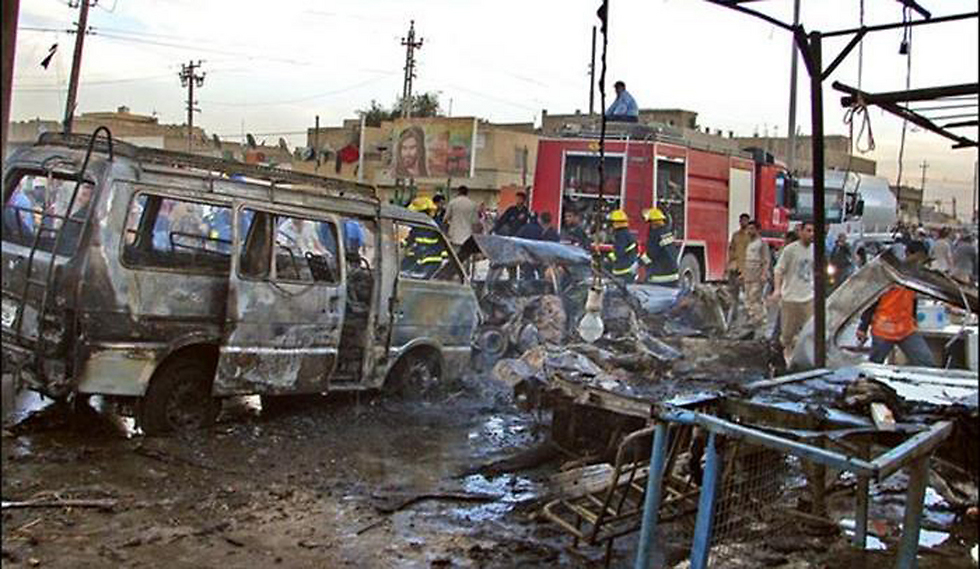 The scene of an attack in Baghdad, in which 55 people were murdered, carried out by a Palestinian terrorist.

The Foreign Ministry's digital staff responded to Bader, saying, "We share your courageous view and know that you have suffered. We are in the same boat as far as terrorism is concerned and hope that Iraq's sons will enjoy security. As for your advice, we will never expel anyone, because we are all from the same region and there is no escape from living together. We believe in peace in the region."

An interesting and recurring point in the reactions of the Iraqis who wrote to the foreign ministry is that the State of Israel is an existing reality and a fait accompli, and it is a shame to waste energy and resources in an attempt to change this reality. Quite a few even wrote that the Iraqi people are tired of killing and bloodshed, and that normalization with Israel will promote Iraq economically and help rebuild it.

Many have also harshly criticized the Palestinians as "ungrateful," after reports that no less than 1,200 Palestinians have committed serious attacks on Iraqi soil and killed hundreds of Iraqi people. Individual responders even went so far as to say that if the Al-Aqsa Mosque was controlled by the Palestinians, it would become an arena of terror attacks and bloodshed.

On the other hand, there are Iraqis who told the foreign ministry that every self-respecting Iraqi is committed to fighting Israel and to "liberating Palestine and Jerusalem."

Bashir, for example, wrote, "I, as an Iraqi, think that hostility to Israel is a duty just as we must fast and pray. The victory of our Palestinian brothers is a must. We— Sunnis and Shiites, Christians and members of all ethnic groups—love Palestine."
"It seems that the Iraqi people are divided on the matter, but the very fact that such opinions are voiced openly and without fear indicates that this is not a negligible phenomenon," said Gonen. "It is clear that if such opinions were uttered 20-30 years ago, the people who expressed them would be probably hanged."

Read article in full
Posted by bataween at Wednesday, August 09, 2017