The 'Dweck Affair' pointed to a fundamental difference in approach, pitting an inward-looking, sectarian, dogmatic 'Haredi' approach against a more open Sephardi attitude engaged with the contemporary world. Many religious Sephardim have absorbed 'Haredi' norms and their rabbis are often the product of Ashkenazi yeshivot where the works of Maimonides are not necessarily found on the bookshelf.

It is to heal this divide in Israel, no less than in the diaspora, by making the words of Sephardi sages more accessible, that an online database was created called 'A Daily Sage'. 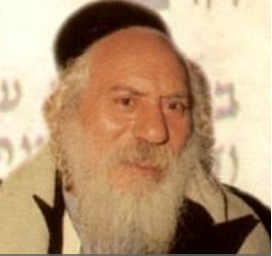 'Sephardi and Mizrahi Jewish identity, as seen through the writings and teachings of the Sephardi sages, is at a critical tipping point. These tolerant voices have tremendous value for the entire Jewish people and the need for them to be heard and shared is more pressing than ever before.

The project aims to feature 1,000 Sages over the next four years. The website is currently in Hebrew but the first 100 Sages are being translated into English.

If I understand correctly, you seem to be saying that Dweck's approach to homosexuality is representative of Sephardic Judaism?

Because it is not. Dweck's approach is closer to Ashkenazi Reform. Anyone else not married to the Chief Rabbi's daughter would have been kicked out illico presto.

Just like the Ashkenazi Orthodox, Sephardi Judaism holds that homosexuality is nurture, not nature. In other words, one cannot be born a homosexual. This has been spelled out in a full argument by the Gaon Saadia and it is what Sephardi Judaism goes by.

Sephardi Judaism doesn't have splinter movements, such as reform, etc. It has two main philosophical approaches, one rational, the other mystical. But both are Orthodox in the sense that they follow the same halakha.

Furthermore, Sephardi Judaism is not interchangeable with Sephardic ethnicity. It involves a philosophy, a method of study, a basic reliance on and an exclusive study of, specifically known and designated Sephardi masters all this contribute to forging a Sephardic mentality and what appears to be a tolerant approach. Tolerant doesn't necessarily mean permissive.

Hi Sylvia, the Rabbi Dweck Affair was not so much meant to show whether R. Dweck's approach was representative of Sephardi Judaism (and I do believe his approach was one of tolerance, rather than permissiveness) it was more to show that his Sephardi critics, eg R Bassous, were UNREPRESENTATIVE, being more the products of 'Ashkenazi Haredi' rigidity and narrow-minded intolerance.

Indeed so intolerant have some Sephardim become that for R. Dery of Shas even Modern orthodoxy is 'borderline Reform'http://www.timesofisrael.com/shas-leader-modern-orthodox-communities-are-borderline-reform/

I agree that people like Dery, Yishay who studied in Ashkenazi Yeshivot (that's all there was when they went to school) are more Haredi Ashkenazi in their outlook and mentality. Though there are some in Shas who come from families who were educated in a strictly Sephardi curriculum (Attias, for example), but they are not the leadership.

I don't agree though that Dweck's stance in calling into question his own synagogue's belief system is tolerance. He can say what he wants in his own name, the problem is that he said it from that pulpit.

In 1856, the 1st "secular" school was founded in jerusalem, giving students a well-rounded education aside from the traditional education as previously. The ashkenazim were vehemently against this. The sephardim were not and it was the sephardim who took advantage of the opportunities the school offered. My point is that unlike the ashkenazim, the sephardim were more open and would change with the times without compromising their jewishness. Case in point is the dweck affair. Among some, when people mention homosexuality, usually the debauchery of Sodom and Gomorrah come to mind. But that was 4000 years ago. Societies and attitudes have changed since then. I believe this was the point rabbi dweck was trying to get across. He was simply espousing the sephardic tradition of open-mindedness without losing his jewishness.

In the lifetime of Maimonides himself his views were subject to great controversy. This controversy did not break down into a Sefardi-Ashkenazi controversy but it crossed communal lines. The controversies over his views lasted long after his death in 1204. Rabbis in both communities [`edot עדות] opposed him. Some major opponents of Maimonides in those days included Nahmanides, a Sefardi rabbi, and several rabbis in Provence/southern France which community is not considered either Sefardi or Ashkenazi. So I would say that Mr Eli Bareket is being misleading, most likely not intending to be so. See below:

Encyclopedia Judaica:
MAIMONIDEAN CONTROVERSY, a vast complex of disputed cultural, religious, and social problems, focusing around several central themes. Some of the elements of this controversy considerably antedate *Maimonides (1135–1204); and of the questions brought into sharp relief by his ideas and writings, some have remained topical in many Jewish circles. Vast fields of human experience and thought are encompassed by it: reason and philosophy in their relation to faith and tradition; what components are permitted and what prohibited in the education of a man following the Torah; the proper understanding of *anthropomorphism as expressed in the Bible and Talmud; central theological concepts such as the *resurrection of the body; and the very form of Maimonides' Mishneh Torah and its attitude toward talmudic discussion. The question of hierarchical leadership versus intellectual, personal leadership was one of the early causes of this controversy. In the Middle Ages the controversy had four climaxes: (1) during the last years of Maimonides' life, following the publication of his Mishneh Torah in 1180 until his death in 1204; (2) around 1230–35, involving David *Kimḥi , *Solomon b. Abraham of Montpellier , *Naḥmanides and others, and centering in *Provence ; (3) the years 1288–90 in the Near East, involving Solomon Petit and Rabbi Isaac of Acre; (4) around 1300–06, involving Abba Mari b. Moses *Astruc , Solomon b. Abraham *Adret , *Asher b. Jehiel , *Jedaiah b. Abraham Bedersi (ha-Penini, and Menahem b. Solomon *Meiri , and centering in Christian Spain and Provence. In between these moments when the conflict flared up anew and reached climaxes as a result of specific circumstances and the personalities involved, tensions and disputes continued among proponents and opponents of philosophy and Maimonides. [ http://www.jewishvirtuallibrary.org/maimonidean-controversy ]

As to the history of Reform Judaism, it seems to have originated in Germany, however, Sefardi Jews living in the United States in the early 19th century also supported it. I think one of them was named Isaac Harby [the meaning and origin of the name Harby are of interest].

Just to be clear, Eliyahu, I chose to use the R. Dweck Affair as an example, not Eli Bareket.

"...so that the heritage of Eastern Jews is not restricted to Sephardim only..."

What on earth, and in heaven, does this mean?

In the Middle Ages Jews in various parts of the world, mainly the Middle East, North Africa and Europe, were in communication and books went back and forth. The commentaries of Rashi, an Ashkenazi, circulated among Oriental Jews, while the Babylonian Talmud [from Iraq] circulated among Ashkenazim. Likewise, Hovot haLevavot by Bahya ibn Pakuda of Spain circulated among Yiddish-speaking Jews in eastern Europe, so much so that one Prof Davis saw this book as containing the essence of the moral views of these Jews. Etc etc.