A flawed view of Mizrahi history

This Haaretz article by Ron Cahlili misleads by positing an idealised view of 'Mizrahi' history under Muslim rule. The oriental Jews, he says,'chose' to side with European Colonialism and Zionism: how much better might matters have been had they not have been so foolish. How absurd of them to want to escape from their status of precarious 'dhimmi' inferiority! 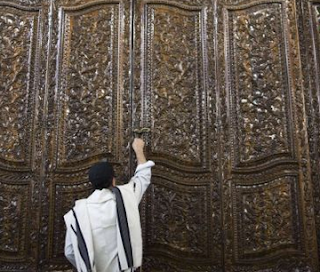 Inside a Tehran synagogue.

“Dhimmi” is a deceptive term. On the one hand it implies an inferior, controlled civil and religious status, but it also defines the Jewish (and Christian) populations as religious minorities that are due protection. Yes, there were still some incidents of violence and oppression and harassment, but the system also enabled coexistence, shared culture, language, innovations and great achievements in philosophy, religious jurisprudence and other fields. One can certainly say that the current Jewish world would look completely different were it not for the innovations and changes wrought by Mizrahi Judaism, long before the Ashkenazim were born.

The entry of a foreign entity into this delicate fabric of relations – first in the form of Christian-European colonialism and later by Jewish-European Zionism – essentially undid it. At first, most of the Jews in the Muslim world chose to side with colonialism and turned a cold shoulder to the longtime Muslim neighbor, which the neighbor perceived as ingratitude; and at a later stage, right after David Ben-Gurion’s 1941 “One Million Plan,” and the acknowledgement that Zionism needed Mizrahi Jews to realize its vision, many Jews once again chose (or were forced to) turn a cold shoulder to the Muslim patron. The latter also began to dream of a separatist nationalism, and couldn’t abide the repeated insult from its loyal subjects, and began attacking and plundering and also expelling the Jews of Arab lands to their new homeland.

"“Dhimmi” is a deceptive term. On the one hand it implies an inferior, controlled civil and religious status, but it also defines the Jewish (and Christian) populations as religious minorities that are due protection"