US has not yet decided to back Libyan embargo

A US ministerial committee has still not come to a decision on whether if should accept Libya's demand for 'a memorandum of understanding' blocking the export of Jewish artefacts from the country. Gina Waldman of JIMENA tells JTA why Libya is wrong:

(JTA) — Gina Waldman was forced to flee her native Libya in 1967 as anti-Jewish mobs took to the streets of Tripoli, burning down her father’s warehouse.
Waldman, like thousands of other Libyan Jews who left the country amid public and state-sponsored anti-Semitism in the 20th century, was forced to leave behind both personal belongings — she was only allowed to bring a single suitcase with her — and a rich cultural heritage that testified to over 2,000 years of Jewish presence in the North African country. Today no Jews remain in Libya.
That heritage — including synagogues, cemeteries and ritual objects — has long been under threat. But now an additional obstacle is coming from an unlikely place, said Waldman, president and co-founder of the group Jews Indigenous to the Middle East and North Africa, or JIMENA. 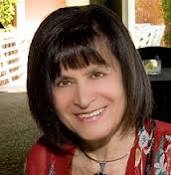 Gina Waldman...left with one suitcase

The threat stems from a memorandum of understanding request by the Libyan government — currently under consideration by the State Department — that would prohibit artifacts dated 1911 and earlier, including Jewish ritual objects, from being brought into the United States from Libya.

That would mean that anyone attempting to bring in antique Torah scrolls, tombstones, books and other ritual objects would be stopped at the U.S. border, and the objects would be confiscated and sent back to Libya.

Waldman, who lives in San Francisco, called the measure “very, very offensive to the Jewish community.” She said the memorandum would block people from removing Jewish artifacts “when the very government itself has destroyed every single synagogue, every single [Jewish] cemetery.”

Waldman said she is not aware of anyone having attempted to take Jewish artifacts out of Libya, or of any plans to do so. But she worries that the memorandum would affect any future efforts to recover those materials.

The State Department’s Cultural Property Advisory Committee convened this week to discuss and consider the request, which Libya submitted in June. It has not announced a decision. The State Department emailed JTA saying it would comment by Monday but did not follow through.

Libya claims that the request is necessary for curbing black market sales of artifacts from the country.

Libya seeks US legitimisation for its seized assets
Posted by bataween at Tuesday, July 25, 2017

Why is anybody the least bit surprised at this typically Muslim/Islamic behavior ?
Libyans aren't even the worst example of it. But since there's virtually no Jews left in Libya to be held to ransom, unlike Turkey and Iran{istan ?},more "creative" solutions are possible,other than relying on the U.S.
Time to take advantage of "What's bred in the bone,will not quit the flesh". Libya may be a typical Muslim failed nation state. But its got embassies and consulates abroad. And of course the usual dhimmi-lobbyists and u.n. officials who champion Libya's interests in other countries. They've all got identifiable addresses with public space in front of them. The Libyans have the same unappetizing dysfunctional behavior at "street level" as most other Muslims. All of it is despairingly familiar to Police, Welfare and Child-care workers, public school teachers & educational officials, hospital and health care workers etc. Also,Libya is always trying to "export" her demographic surplus to other places. Nothing surprising about that.
Like virtually ever other Muslim demography,Libya is basically a nation of economically-parasitical nomads: If, given the opportunity by the judgement of fools. i.e. THEY are extremely vulnerable to the consequences of their own innate and irremediable behavioral patterns. Which may vary locally, but are still highly visible. THEIR public and communal behavior and the demands they make on their hapless host-societies are there to be exposed to the legitimate vigilance and street activism of those whom THEY exploit and never stop despising. Only A kind of strategic "behavior mod" can wind THEM down. And,that's made to order for we Jews in the 'Diaspora'.Hint: It does not require many people to implement. Only discipline, organization and local street-smarts"...AND guts.