In a break with the past,  Israel's Labour Party now has a Sephardi leader, Avi Gabbay. He won the run-off against another Sephardi, Amir Peretz. The son of Moroccan Jews from Casablanca, Gabbay was born in 1967 in Jerusalem. A leader with little political experience and no seat in the Knesset, Gabbay has been hailed as 'the new Macron'. 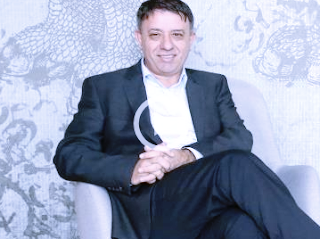 The first step will be remaking Labor’s image as the main party in opposition to Prime Minister Benjamin Netanyahu, after former chairman Isaac Herzog was not seen as effective in that role, abdicating it to Yesh Atid leader Yair Lapid.

It will be especially hard for Gabbay to remain in the public eye, because he is not a member of Knesset and does not receive the stage that the Knesset regularly provides. At least he will be able to speak at weekly faction meetings and will not have to rely on Facebook to approach the public, as have former ministers Gideon Sa’ar and Moshe Ya’alon.

Labor under Gabbay will fight Netanyahu on both diplomatic and socioeconomic issues, and perhaps also on matters of religion and state. However, Gabbay has made a point in recent interviews of not wanting to be judged in comparison with Netanyahu. Gabbay wants to focus on building Labor by remaining in the field, as he did during his campaign, and reaching out to sectors that Labor has not attracted in recent years.

He already proved successful in beating the establishment in Labor, and the Histadrut Labor Federation that backed his opponent, MK Amir Peretz. Gabbay did that despite only joining Labor six months ago. When asked who better resembles French President Emmanuel Macron – Gabbay or himself – Lapid mocked Gabbay on Monday, saying, “You cannot run in the oldest party in Israel and say you are the new and fresh thing.”

Gabbay can only hope he can sweep the country off its feet the way Macron did. He will have to learn from both Macron and Blair to succeed.

Who is Avi Gabbay (Wikipedia)?

Gabbay was born in the Baka neighbourhood of Jerusalem, and was the seventh of eight children born to Muiz and Sara Gabbay, Jewish immigrants from Morocco. His family was originally from Casablanca.[2] His father worked for Bezeq, and in his youth he would also work at his father's company during his vacations.

He studied at the Geulim primary school, where he was identified as a gifted child, and attended high school at the prestigious Gymnasia Rehavia. After graduating high school, he did his national service in the Israel Defense Forces in the Intelligence Corps, reaching the rank of Lieutenant. After leaving the army, he completed a BA in economics and an MBA from the Hebrew University of Jerusalem.