Boujenah gig to go ahead in Tunisia

The Tunisian-born stand-up comic Michel Boujenah will appear today, 19 July, as scheduled at the Carthage Festival, despite calls for him to be disinvited 'as a pro-Zionist', Le Figaro has reported.

The BDS movement for the boycott of Israel has accused the 64-year-old entertainer of being one of the greatest supporters of Israel and Zionism. "People who know me know that I have 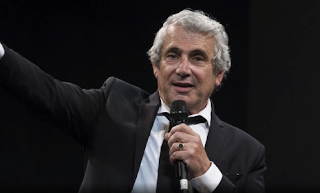 Mokhtar Rassaa, the director of the Carthage Festival, where Boujenah is to perform parts of his show, Ma Vie Revee', said that Michel Boujenah was 'not a great Zionist.'

' It is natural that, as a Jew, he should feel an attachment to Israel," said Rassaa.

Boujenah himself said he was simply an artiste, a clown, not a politician or an economist. "We are living in a difficult age, where the tendency is to export the Israel-Palestine conflict, " claimed the stand-up comic, who settled in France aged 11.

"My position is simply to support the fragile democracy taking root in Tunisia." Lat week the UGTT union, a recipient of the Nobel Peace Prize of 2015, issued a communique appealing for Michel Boujena's gig to be cancelled. The official text of the union's communique said that it did not want to pick on him for his religion but for his political convictions.