Why Mizrahi Israel unnerves US Jews

In his exploration of why American Jews are indifferent or even hostile to Israel, Daniel Gordis says they are unnerved by both the Judaism of the Mizrahim, and their unabashed nationalism. A must-read in Mosaic:

Although they do not say so, perhaps because they are unaware of it or because the mere mention of it would fail the test of political correctness, American Jews are also unnerved by a subtle but noticeable shift in the kind of Judaism that is increasingly on display in Israel’s public square. This Judaism is not only “Orthodox” (itself a term not especially applicable to Israeli Judaism) but also increasingly Mizraḥi rather than Ashkenazi in its tone.


American Jews are also unnerved by a subtle but noticeable shift in the kind of Judaism that is increasingly on display in Israel’s public square: the Judaism of the Mizraḥim.
What does this mean? Eurocentric though much of the Zionist narrative has been, at least half of Israel’s Jews hail from regions in which the European Enlightenment (haskalah) did not take root, where Western theological tropes never became the currency of religious discourse, and where Jews never openly rebelled against their tradition. One paradoxical result is that, for these Jews, religion is for the most part a more relaxed and “natural” part of life. Many Mizraḥim comfortably call themselves Orthodox, attend Shabbat services in the synagogue, and then drive to the beach—behavior that can strike observant Ashkenazi Jews as utterly inconsistent or blatantly sacrilegious. 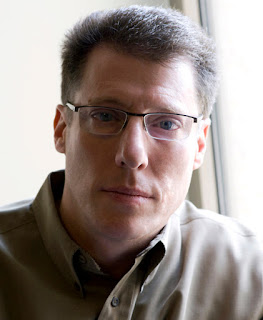 No less discordant is a second paradox: even among Mizraḥim who are not meticulously observant, devout faith is common. Most assert without hesitation that God revealed the Torah at Sinai, and more than half believe in a divine system of reward and punishment. The classic struggles with these principles so common among religious Ashkenazi Jews, accustomed to controversies over modern Bible criticism and, ever since the Holocaust, over the problem of the suffering of the righteous, hardly affect the passionately held faith of Mizraḥim.

Beyond the issue of faith is also the instinctive Jewish nationalism of the Mizraḥi world, a product both of historical experience at the hands of Arab and Muslim overlords and of the Mizraḥi reading of the lessons taught by the Bible and the Jewish prayer book. As the scholar Meir Buzaglo has noted, Mizraḥim express their preferential loyalty to the Jewish people with none of the defensive self-consciousness that often characterizes discussions of this issue in modern Ashkenazi circles.

On average, today’s Mizrahim also vote much more to the right than do other Israelis. Being mainly the grandchildren of Jews who fled or were forced out of North Africa and other places around the Arab and Muslim Middle East, they harbor unabashedly negative images of their former societies and tend to vote for candidates and parties that speak passionately about the primacy of the Jewish people and that harbor no illusions about Israel’s enemies.

All of this is bound to make liberal American Jews nervous—as one of them, Paul Cowan, foresaw in the late 1980s as Mizraḥim seemed on the verge of becoming a majority in Israel:


[W]hat is [the Mizraḥi] vision of the Israel they will soon control? Do they have different ideas about democracy, about justice, from those we usually associate with Ashkenazi Israel? . . . [On a visit in] 1979, I realized that these questions were crucial to an understanding of Israel’s future, but they are seldom discussed in the American Jewish press. It’s one of the reasons we [Americans] debate the Israel that exists in our head—not the one that exists in the world.

As American Jews slowly discover the Israel that actually does “exist in the world,” their internal calculus of emotions is likely to grow correspondingly more fraught.

I wonder what Sigal Samuel is going to say to this one....

93% of Israelis come from backgrounds & cultures that either never knew, or outright rejected, Democracy, Enlightenment, etc. 93%. They view American liberalism, which has substituted for Judaism, as bizarre at best and a luxury best left in Great Neck and Beverly Hills.

My two Ashkenazi, US-born teenage kids (who have two American parents but spent most of their life here) are, on a basic cultural level so completely different than their modern Orthodox counterparts in the US, I would not even know where to begin...in fact, I think that my son would have an easier time hanging out with Israeli Druze kids than he would with his counterparts in Teaneck. Find me a single American modern Orthodox kid whose idea of the ultimate vacation is camping on the beach for 3 days with 100 shekels in his pocket...and few cans of tuna and some toilet paper so that he can make what people call her "smoked tuna."

Positing this as an Ashkenazi/Mizrahi divide ignores that there is a history behind such behaviour, which Hannah Arendt identified and diagnosed as "The exceptional Jew" syndrome, when she was researching antisemitism in German society at the onset of the nineteenth century. More than any other Jew, she understood profoundly, on the intellectual and emotional levels, the meaning, the appeal, and pervasiveness, the harm, of this construct.

"In the minds of the privileged Jews... the virtuous - who had more than a certain income - were rewarded with human rights, and the unworthy - living in mass concentration in the eastern provinces - were punished as pariahs. Since that time it has become a mark of assimilated Jews to be unable to distinguish between friend and enemy, between compliment and insult, and to feel flattered when an antisemite assures them that he does not mean them, that they, are exceptions - exceptional Jews. The events of recent years have proved that the "excepted Jew" is more the Jew than the exception; no Jew feels quite happy any more about being assured that he is an exception. " (Privileged Jews Author(s): Hannah Arendt Source: Jewish Social Studies, Vol. 8, No. 1 (Jan., 1946)

Clearly she was wrong in her conclusion, since American Jews appear all too happy to conform to the image of "the exceptional Jew". There will come a moment when they will be faced with a crucial decision: to align with the Leftist antisemites of BLM and BDS or oppose the current trend by standing up to these nefarious movements.

Make no mistake about it: These so called "liberal" Jews do not impress me one little bit. Their behaviour is heir to the concept of the "parvenu":

"Parvenus are the heroes and victims of modernity who have already (but not quite) arrived at the destination of their aspired societal belonging" (another Arendt's merciless diagnosis).

In such a precarious place and without the self-confidence of their Jewish identity, they are all the more vulnerable to join ideas that will mark them out as exceptionally universalist and altruistic. Such ideas do not go together with the sunburnt skins of Israeli Jews, particularly not the Mizrahi Jews who are in no danger of losing their love for their country and their traditional Judaism for the sake of being hailed as exceptionally moral by immoral and cynical leftists.

I married into a Mizrachi family. I find it a relief from the neurosis of the Ashkenazi American Jews.

Very interesting observations. ... Wondering how this might tie in to the situations on American college campuses of ant-Israel sentiment. That the average student with this thinking is of Ashkenazi background, feels unconnected to Israel or the middle east.

Christians, in an Epochal Shift, Are Leaving the Middle East

The exodus raises prospect that sectarian Islamic strife could deepen

By Maria Abi-Habib Updated May 12, 2017 10:41 a.m. ET
A man walks amid debris laying on the ground inside the Saint Elias church in the rebel-held area of Harasta, on the northeastern outskirts of the capital Damascus on November 13, 2016.
Sameer Al-Doumy/Agence France-Presse/Getty Images

By Maria Abi-Habib
TANTA, Egypt—Like the Jews before them, Christians are fleeing the Middle East, emptying what was once one of the world’s most-diverse regions of its ancient religions.
They’re being driven away not only by Islamic State, but by governments the U.S. counts as allies in the fight against extremism."

What is interesting here is that this Wall Street Journal reporter, with a Arabic yet Christian name, mentions that the Jews were driven out of the Arab Muslim countries before the Christians. This is a true but rare observation.