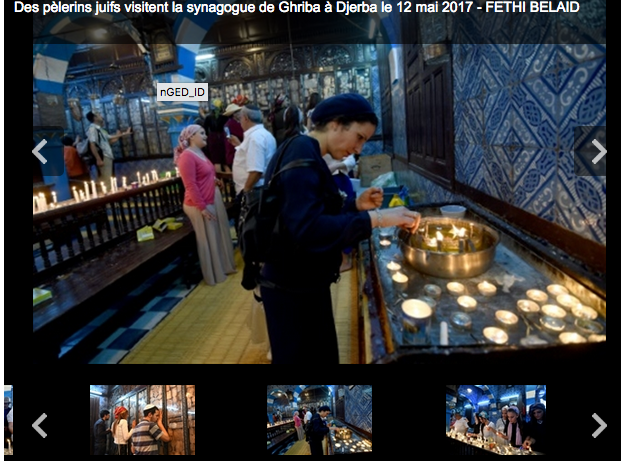 Pilgrims light candles at the Al-Ghriba synagogue (Photo: Fethi Belaid). With thanks: Boruch

In spite of security concerns,  this year's  Lag Ba'Omer pilgrimage to the Al-Ghriba synagogue on Djerba went off without a hitch. Some 3,000 visitors are thought to have attended. Now, according to the Daily Mail,  Tunisia is seeking UNESCO protection for the site - a paradox, in view of the UN body's attempts to declare the Temple Mount in Jerusalem, Judaism's most holy site, a Muslim place of worship.

Tunisia plans to seek UNESCO World Heritage status for the island of Djerba, site of Africa's oldest synagogue and an annual Jewish pilgrimage, its culture minister said on Sunday.

Speaking on the last day of the pilgrimage to the Ghriba synagogue, Mohamed Zine El-Abidine said the island was important for its "cultural and religious uniqueness".

He said the application to add Djerba to the World Heritage List would highlight the rich religious heritage of the island, which is home to centuries-old mosques, churches and synagogues.

He did not give a specific time frame for the application. 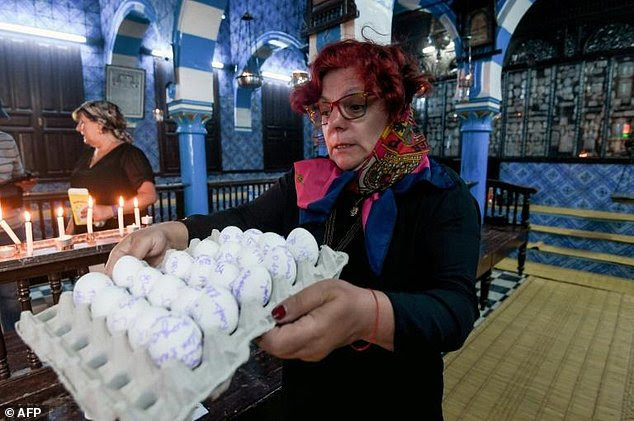 A French Jewish woman carries a carton of eggs with her family's wishes written on them at the Ghriba synagogue on the Tunisian island of Djerba on May 14, 2017 (Photo: AFP)

The cultural agency of the United Nations already lists eight sites in the North African country, including the old cities of Tunis and Sousse and the city of Carthage, once the capital of the Mediterranean-wide Phoenician empire.
Some 3,000 pilgrims attended this year's Jewish pilgrimage to the island, which ended Sunday under tight security following a string of jihadist attacks in Tunisia.

"There has been a real increase compared to the past two years," Tourism Minister Selma Elloumi said.

"It is an important sign for the start of the tourist season," she added.
The number of pilgrims visiting the synagogue has fallen sharply since a suicide bombing claimed by Al-Qaeda struck Ghriba just before the 2002 pilgrimage, killing 21 people.

Why? So they can call it the 7th most holy site in all of Islam?