The murder of Sarah Halimi in France (her family would have fled antisemitism in an Arab country a generation ago) raises disturbing questions which the authorities, the police and the media have yet to answer. Lyn Julius writes in The Huffington Post:

On 4 April a 65-year-old medical doctor living in a shabby suburb of Paris was woken at 4 am, beaten up for an hour and sustained 20 or more fractures to her body and face. At the end of her ordeal, she was thrown out of the window to her death.
The murder of Sarah Halimi, an orthodox Jew,  raises several unanswered questions.
The first is  - why was the killer, a 27-year old African convert to Islam named Kada Traoré, labelled a madman with a history of drug abuse and other offences, when all the evidence points to the fact he had committed an act of Islamist terrorism?
We know this because every sound coming from Sarah Halimi’s apartment was recorded by a neighbour who is today ‘traumatised’ and under psychiatric care. The murderer was heard to recite Surahs from the Koran and call his victim Satan; on several occasions, he shouted ‘Allah Hu-Akbar’. When the police came to arrest him they found him praying.
The second question concerns the role of the police who were in the building. Neighbours had called them as soon as they heard the commotion. The police might have been able to save Sarah Halimi, but decided not to intervene until they had summoned ‘reinforcements’. These took their time to arrive! The police stand accused of a grave dereliction of duty.
The third question is the reluctance of the media and the authorities to call out the antisemitic nature of the crime. There has been little media publicity and allegations of a cover-up are rife within the Jewish community. Human rights organisations, which rushed to indict the historian Georges Bensoussan for Islamophobia, have been silent. The murderer was dispatched to a mental hospital - as had been, incidentally, the perpetrator of the Nice massacre in 2016 (he had been diagnosed as psychotic when he lived in Tunisia).  Yet the victim had long complained of antisemitic harassment by Traoré. That night, the murderer may have blundered into the building in a drug-fuelled haze, but the defenestration of Mme Halimi was antisemitic in effect, if not in intent. 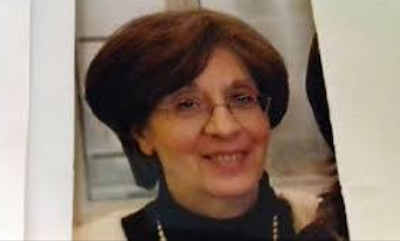 Sarah Halimi: she sustained 20 fractures before being thrown out of the window

Last week, after the police announced the results of their inquiry, the Jewish community seemed to have taken up the Sarah Halimi case with renewed vigour. Mme Halimi’s brother, William Attal, has been deploring the unbearable silence surrounding his sister’s murder.  A Jewish parliamentarian, Meyer Habib, has made representations to the government; two lawyers, one civil and one criminal, have been appointed to represent the Halimi family in Traoré’s trial. One, William Goldnadel, remarked:  “if the murderer had been blond-haired and blue-eyed, all of France would have marched in the streets: he is an islamist, so all of France hides in the woodwork.”
On 25 May the public intellectual Alexandra Laignel-Lavastine wrote an impassioned open letter, posted in Atlantico, to Gerard Collomb, the minister of the interior in the new Macron government. She pleaded with him to join the dots between the murder of Ilan Halimi in 2006 and Sarah Halimi 11 years later (despite having the same name they were not blood relations). Ilan Halimi was the young man abducted by a gang called the Barbarians, tortured for three weeks and found dying by the roadside - because he was a Jew. Both acts were antisemitic, both were proof of a moral failure of French society, a catastrophic failure to call a spade an ideological spade.
The Halimi cases recall another antisemitic murder, earlier still: that of Sebastien Selam, by a neighbour. “I have killed my Jew,” the murderer shouted triumphantly. A recent convert to Islam, he believed his act assured him of a place in heaven.
The killer of Sebastien Selam, too, was declared a mental case, and was allowed out of hospital at weekends to visit his parents in the same block where the murder was committed, and Selam’s mother Juliette still lived. His parents were rehoused; Juliette was not.
Will the Macron government break with the past and begin to take Islamist anti-Jewish hate crimes seriously? We shall see.

Crossposted at Harry's Place
Posted by bataween at Tuesday, May 30, 2017

the three cops waited outside of Dr Halimi's apartment while she was being beaten and was screaming. But they, the three of them, would not go into her apartment because they needed backup, supposedly. Likewise, in the Hypercacher massacre of January 2015, the cops waited outside and did not confront or challenge the hostage-holder. At the Bataclan in November 2015 they waited for an hour or more while people were being slaughtered inside.

Anyhow, she did not live in a suburb, a banlieue of Paris. She lived in the city, not too far from Belleville.