This is an interesting article in History Today by an Egyptian academic, Haythem Bastawy. He claims that there are a lot more Jews in Egypt than people think. However, none of these converts still practise Judaism in secret or wish to be identified as Jews: it is a stigma. In his  bizarre account of the genesis of the Jewish state project, the Jews' insistence on defending themselves is to blame for worsening relations with Christians and Muslims. (Israel is also supposedly to blame for the rise in anti-Jewish hatred against Mizrahim. ) However, Bastawy's main point is correct: It is a mark of Muslim intolerance  that Jews (particularly celebrities like Leila Mourad) converted to Islam (The actors Basma Darwish and Karim Kassim have Jewish ancestry). * The few Jews in Egypt today are all married to Muslims or Christians. The actor Omar Sharif is an example of a Christian who converted to Islam. (With thanks: Geoffrey, Paula)

Whenever Egypt is mentioned today in conversation, it is often with an assumed Islamic identity in mind. A minority of Christian Copts sometimes creeps into the discussion later on as an afterthought. This assumption is often accompanied by the rather unconscious or indirect presumption that there are few Jews in Egypt today, if any. This is not true.

It is easy to understand however why this is the mainstream account. The Second Exodus from Egypt occurred in 1956, under Colonel Nasser's orders, stripping all Jews of their Egyptian citizenship and expelling them from Egypt. The vast majority of Egyptian Jews fled to one of three destinations of refuge: Israel, Mediterranean Europe (mainly France and Italy) and the Americas (primarily Argentina (huh? - ed). This was, however, neither the beginning of trouble for Egyptian Jews in modern times, nor its end.

Although the strong rise in anti-Jewish sentiment was slow and steady since the 19th century in concurrence with the circulation of Theodor Herzl's project for a Jewish state, the tide started to turn from the 1920s onwards. Jewish settlers in the Holy Land multiplied in numbers as they increasingly faced persecution in Europe, particularly in Germany, Italy (Italy? ed) and Russia. Zionist militias were formed from newly arrived Jews to guard and perform militant operations in Palestine, which only served to worsen the atmosphere and increase animosity between Jews, Christians and Muslims in Palestine. The press in neighbouring colonially oppressed countries steered public opinion against Jews and Jewish settlements, perceiving them as an intruding threat of another form of colonialism. There were also calls for fraternal solidarity between Muslims against a 'Jewish' other. The Jewish state project was ironically providing a refuge to European Jews at the expense of their native North African and Eastern Mediterranean Jewish counterparts. Hate-induced incidents were on the rise in Egypt at the time and the declaration of the state of Israel in 1948 was just the justification Egyptian authorities had been looking for to officially persecute Jews as potential spies and sponsored 'terrorists'.

This is where many Jews started to remove themselves from the record in order to survive a tsunami of persecution. This came through conversion, at least in principle. For celebrities, whose careers were threatened by public hostility, public conversion was their tool to get accepted. One of the most notable and recorded cases is that of the singer, Leila Mourad, who converted to Islam in 1947. Some Jews sought the protection of Muslim spouses to help them blend in.
Some decided to just pass under a Muslim name, as in the case of the Alexandrian cinema pioneer, Togo Mizrahi, who changed his name to Ahmed Al Meshriqi, while others chose specifically neutral names for themselves and their children to avoid notice by the authorities. By the time the official order for the expulsion of the Jews was issued in 1956, many Jews (but not the majority) had converted, at least in principle, and/or intermarried with Muslims, and were not affected directly by the Second Exodus.

Adapting for survival was not new to Egyptian Jews, nor is it new for Egyptians in general. Youssef/Joseph, the keeper of the granaries, went by a non-Hebrew name when he got to public office. Furthermore, and in the case of Egyptians as a whole, when Alexander the Great invaded Egypt, the Egyptians decided to marry ancient Egyptian and Greek gods, creating the hybrid religion and culture of Hellenistic Egypt. And when the Arabs invaded Egypt in the seventh century, the majority of Egyptians had to convert, at least in name, but kept many of their ancient rituals and traditions alive. Spring Day or Sham El Nessim, for instance, is a current national holiday and dates back to the days of the pharaohs.

There is little mention anywhere of the descendants of Egyptian Jews who converted. The 2014 count of Jews in Cairo, and perhaps all of Egypt, was 40 elderly females out of an Egyptian population that surpassed 80 million.
Parents and grandparents do not disclose much of their heritage to their children and grandchildren for fear of bringing upon them the old plague of persecution.

The older generations are not to blame for this conscious act of forgetting history and heritage: warning signs against remembering often make themselves felt. The slightest link or encounter with Judaism or Israel often led to the severest repercussions upon a person and their family, no matter what faith they practised. Waguih Ghali, a Coptic Christian from Cairo who fled Egypt in fear of arrest by the military coup regime after coming under suspicion of being a communist, is one such example. While living in London, he worked as a journalist for the Guardian and agreed to report briefly from Israel. When his passport expired, the Egyptian government refused to renew his passport because of his association with Israel. He lived the rest of his life in depressive nostalgia, publishing his only novel, Beer in the Snooker Club, in 1964 and committing suicide five years afterwards. 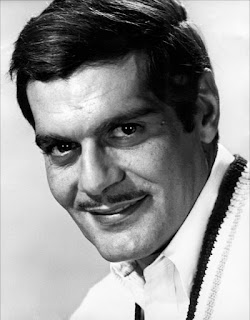 Omar Sharif is another example of the Egyptian regime's intolerance. He was born in Alexandria as Michel Demitri Shalhoub to a Christian family, which traced its roots back to Lebanon. He converted to Islam in his youth, at least in principle, in order to be allowed to legally marry his lover and fellow actress, Faten Hamama. He left for Europe a few years later, however, in a form of self-exile after becoming disenchanted with the new military regime and his marriage consequently broke down. In 1968, the authorities turned him from hero to enemy of the state because of his Funny Girl 'onscreen romance' with Barbara Streisand, a Jew. Unlike Ghali, Sharif did not commit suicide, but took to gambling and heavy drinking like some of Ghali's characters in Beer in the Snooker Club, arguably until the end of his life.

The third generation of the Jews who had to go through such transformations and conversions are not always aware of their heritages. Some families never talk about it, some retell only part of their stories, some mention it secretly or in passing, but none are allowed to completely relive their heritages or properly learn them. It is a process of oblivion as a tool for survival. Oblivion or death.

The post-monarchy pan-Arabist military regime of Egypt broadcasts a monolithically Islamic image of Egypt, synonymous with a false 'Arab' identity. The military junta denies the older, richer, multifarious, multi-layered history of Egypt, but ironically does not see any contradiction in doing so while selling Egyptian antiquity in tourism tickets. Sadly, this contradictory denial of pre-Islamic history is something the Egyptian military shares with the Saudi Arabian state, albeit not on the same extreme level. Indeed the Coptic Christian minority faces a lot of threats and challenges. In recent months, whole families have been displaced from Northern Sinai by armed militias and churches have been targeted in terrorist attacks in Alexandria and Tanta. This is a terrible state for a country of such diverse history and demography.

*Nada Kamel, director of Salata Baladi, had a Jewish mother called Mary Rosenthal.
Posted by bataween at Friday, May 19, 2017

Many Jewish-to-islam conversions were dictated by marriage & divorce motives.

A non moslem man can marry a moslem woman. However a Moslem women can only marry a Moslem man. Often Jewish men converted to get remarried.

However, Bastawy's main point is correct: It is a mark of Muslim intolerance that Jews (particularly celebrities like Leila Mourad and Togo Mizrahi) converted to Islam

Togo Mizrahi never converted to Islam. The author of the article does'nt say so either. He was expelled as a Jew.

You are right, apologies. He assumed a Muslim name.

Hi Monique
Thanks for visiting this site.
The article does not say that Togo converted. Did your uncle stay on in Egypt? Was he expelled and where did he go?

He lost everything BECAUSE HEWAS AJEW.