Why hidden Jews fasted on Purim


The Purim holiday beings tonight. It is one of the most joyful of Jewish festivals - unless you happened to be Anusim - Jews in medieval Spain forced to hide their identity. Their solution was to fast. Fascinating explanation by Aish.com: 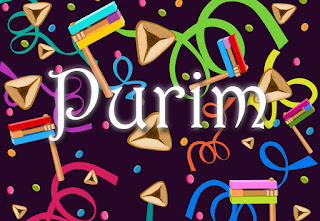 A Happy Purim to all readers

Was it too dangerous to celebrate the Jewish holidays on their real dates? No problem. They would trick their pursuers by celebrating a few days – or months - before or after the real date.


The Anusim became accustomed to living in a world of secrecy.

The Anusim therefore gradually became accustomed to living in a world where secrecy was the norm and disguise was a way of life. But despite their efforts and good intentions, they did have a problem. Their connection to the rest of the Jewish world had been severed. Without access to Jewish books, or even a Jewish calendar, it became harder and harder to remember all the prayers and laws. And there were many commandments that they couldn’t perform or were forced to transgress because the danger was too great.
To compensate, over time the Anusim began to develop their own unique culture, complete with special prayers and customs. Nowhere do we see this more clearly than with the holiday of Purim.

Traditionally, the Purim holiday is comprised of two parts: the Fast of Esther, a one-day fast that takes place the day before Purim, and Purim itself, a busy day filled with lots of mitzvot (commandments) and noise and laughter. But what is good fun for us was a day fraught with danger if you were a Hidden Jew.
Drown out Haman’s name with noisemakers during the public reading in synagogue of Megillat Esther? Not in a community that scrupulously kept the location of their underground synagogues a secret.

Get so drunk at the festive Purim meal that you can’t tell the difference between “blessed be Mordechai” and “cursed be Haman”? Not unless you wanted to wake up the next day to a personal invitation to appear before the court of the Spanish Inquisition.

So what could the Anusim do? In a word, fast. They looked into the megillah and saw that when the Jewish people were threatened with annihilation, Queen Esther ordered a three-day fast for everyone. So the Anusim – who lived with that threat every day of their lives - decided to fast for three days, too.

The Inquisition’s records provide us with some fascinating details about this unique custom. For one thing, the fast was mainly done by women, who felt a special connection to the heroine of the Purim story, Queen Esther. But since a three-day fast could be dangerous to a person’s health, the women found ingenious ways to observe the fast without endangering their lives.

Thank you for sharing. This is not something I knew