Stephen Spielberg's Shoah Foundation has launched a campaign to record at least 50 testimonies from the North Africa and Middle East region, where the Nazi regime had gained a foothold during World War II. 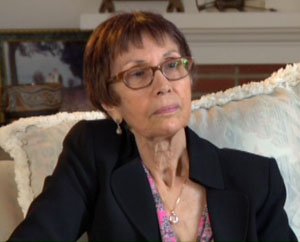 USC Shoah Foundation collected the first four testimonies in May of 2014 and is raising funds to begin phase two, in which it plans to record 20 more.

These audiovisual testimonies, once collected, will be digitized, indexed and made accessible to people around the world through the Institute’s Visual History Archive.

Though far from the Holocaust in Europe, North Africa and the Middle East were an important part of Hitler’s Final Solution. Hitler intended to exterminate all Jews, not just those in Europe, and according to Holocaust scholar Sir Martin Gilbert, the persecution of the Jews in French North Africa was an integral part of the Holocaust in France. For example, Nazis occupied Tunisia from November 1942 until May 1943, and Jews throughout this part of the world were subjected to deportation, imprisonment in concentration camps, and the destruction of their homes, as well as severe anti-Semitism and anti-Jewish laws from their own governments.

In the first phase of the project in spring 2014, program director Jacqueline Gmach interviewed Armand Abecassis, Andre Nahum, Claude Cohen-Tannoudji and Albert Memmi, who are each highly respected scholars and/or authors living in Paris. She was accompanied by interviewer Serge Moati, a French artist, journalist, film director and writer, and videographer Olivier Raffet. Ruth Pearl, mother of the late journalist Daniel Pearl, also gave her testimony about growing up in Iraq during the Farhud of 1941.

Read article in full
Posted by bataween at Thursday, March 30, 2017