Puff piece promoting pluralism in Bahrain in the Saudi-financed al Arabiya about Nancy Khedouri, one of two Jews involved in Bahraini politics. A Jewish midwife called Um-Jan achieved fame delivering hundreds of babies. Thirty-six Jews remain in the Gulf state from a community of 800. (With thanks: Boruch)

The Manama neighborhood adjoining Bab al-Bahrain – the gate considered the center point of the tiny island kingdom– has a religious uniqueness unlike in any other Gulf country, let alone any other Muslim-majority one.


It is the only Middle Eastern city to host both Sunni and Shiite mosques, Christian churches for the various sects of Christianity and a Hindu temple, all in walking distance of each other and in a corner of Manama, behind the Sahara Hotel lies the now-dormant Bahraini Jewish Synagogue. It is situated within a few minutes’ walk from the Shiite Maatam Madan and the Hindu Sri Krishna Temple.

Native Bahraini Jews trace their ancestry to Iraqi immigrants during the 1880s who thrived in the kingdom working in economic and political sectors. Various statistics had numbered the community between two and a half thousand then down in the hundreds, which in turn dwindled over the years to a mere few resident well-known Families.

Al Arabiya English sat down with Bahraini politician, businesswoman and writer Nancy Khedouri, who has documented the history of Bahraini Jews in her book ‘From Our Beginning to Present Day’. 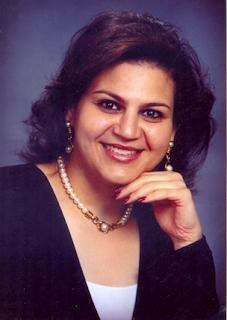 Nancy Elly Khedouri is a Bahraini politician, businesswoman and writer and has been a member of the National Assembly of Bahrain since 2010. (Supplied)

Al Arabiya English: Can you tell us a little about the history of Jews in Bahrain? What were the numbers like in the 1950s for example, compared to now and where did most Jewish Bahrainis originally come from?
Nancy Khedouri:

Bahrain’s historically dynamic Jewish community are all from a common historical background, which unfortunately dwindled from several hundred people to a mere thirty-six! but who continue to contribute to interfaith understanding.

The Jews of Bahrain trace their roots back to the first Jewish people who arrived mainly from Iraq in the 1880s, under the reign of Shaikh Isa Bin Ali Al-Khalifa, establishing themselves in Bahrain in search of a better quality of life.
Although previous historical records indicated that the oldest Jewish person in Bahrain resided since 1873, it has always been known to the Jewish community of Bahrain that the first of the Jewish settlers in the Archipelago, arrived in Bahrain from Basra, Iraq, during the late 1880s.

My immediate family is third generation, although we also have Bahraini-Jewish families who are fourth and fifth generations. My late grandparents originated from Iraq and the Jewish community of Bahrain are Sephardic Jews.

Al Arabiya English: What have Jewish Bahrainis contributed toward the kingdom’s society? Families like the Halwachi’s – originally from Iraq – for example changed the sweet industry in Bahrain forever, so is there something similar with the Jewish community?

Khedouri: Many Bahraini Families, regardless of religious differences, have helped contribute to our country’s economy and other sectors.

As for the Jewish community of Bahrain, they have contributed largely to the economic sector as they worked at banks or as money exchangers. The have also contributed to the education sector, as many were teachers at the government and private schools. The health sector was blessed with a famous mid-wife, ‘Um-Jan,’ who was of Jewish faith and was known to be ‘A Mother to All.’ 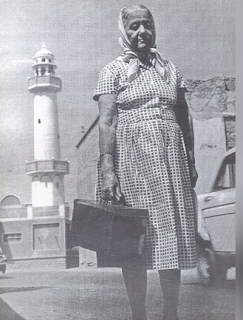 Um-Jan, who was of the Jewish faith and was known to be ‘A Mother to All’, was a prominent mid wife in Bahrain. (Supplied)

The Jewish community continues to effectively play a key role in inter-faith dialogue, one of the constructive hallmarks of my country. As to those whose occupation falls within the administrative aspect, they have been skillful and successful in whatever role they have been appointed to.

Al Arabiya English: You and Houda Nonoo have contributed massively to the political landscape in Bahrain through your appointments in the Shoura Council and abroad through Nonoo’s ambassadorship. Will we ever expect to see a Jewish Bahraini perhaps contest the local elections? Is the community ready to embrace such an idea or something that is looked at as unnecessary?

Khedouri: Contributing to the political landscape of our country has been a great privilege for my first cousin Houda Nonoo and for myself.
As for myself, serving as a Shoura (Consultative) Council member and as part of its Foreign Affairs, Defense and National Security Committee, the law-making process has been wonderfully challenging. There is great respect between my colleagues and myself, regardless of our religious differences and we all work together as a family of lawmakers. I am happy to serve my country and the People of Bahrain and look forward to continue to serve in any role appointed to.

As for any member of the community contesting in local elections, this is a personal matter for each Bahraini individual - regardless of whether they are from the Jewish community or not - and such decisions usually depends on opportunities that may arise, nearer the time elections are held.

Al Arabiya English: Can you tell us of a time when you first realized you truly belonged to the Jewish-Bahraini community rather than just being Bahraini? A moment in your childhood perhaps that made you think about identity as a discourse?

Khedouri: I am proud of my unique identity as a Bahraini of the Jewish faith, a Gulf National, an Arab.

Religious festivals celebrated at home come to mind from my childhood memories and I feel that by celebrating these Holy days are what helped maintain our identity as being of the Jewish faith. However, as Bahrainis, we were never segregated from other citizens of other faiths in the society. In fact, the happy and sad times always brought us together, closer and stronger. Our homes continue to be open to each other and we attend each other’s ceremonial and other social gatherings.