How will Jews in Muslim countries mark Purim?

How are Jews in Muslim countries preparing to mark the festival of Purim? The foiling of a genocidal plot against the Jews of Persia is a particularly delicate matter to celebrate in present-day Iran. Rachel Avraham of Jerusalem Online looks at various beleaguered communities: 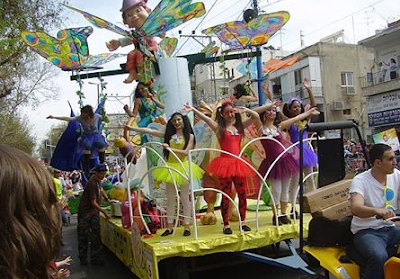 Across the world, the Jewish people are preparing to celebrate the Purim holiday, which is a festive occasion full of joy and happiness. However, Jews living in many Muslim countries find themselves in a precarious situation.  Due to threats posed by radical Islamist groups such as ISIS or the regime itself, these Jews are still celebrating but at the same time, they do so in fear.  However, there are exceptions to this general trend. Despite the rise of radical Islam in the Middle East and North Africa, there are places where Jews do feel more secure and thus are able to enjoy the holiday more. In honor of the holiday, JerusalemOnline is exploring, how are Jews in the Islamic world celebrating Purim under the radical Islamist threat?

Although the holiday originates in Iran and features Iranian heroes, the plight of Iranian Jews celebrating Purim is quite dire. The population that once exceeded a vibrant 70,000 has now dwindled to approximately 12,000-15,000 members. Despite claims by the Iranian regime that they accept Jews as a protected religious group, many Jews have chosen to flee the land of their ancestors. According to anonymous sources, Iranian Jews can go to synagogue, attend Jewish day schools, close their businesses for Shabbat and even to consume wine for religious rituals in a country where alcohol consumption is punished by lashes and jail time. They claim that the Iranian leadership even provides financial support for a Jewish hospital and erected a monument honoring Iranian Jewish soldiers who lost their lives during the Iran-Iraq War.

However, all Iranian Jews must demonstrate their enmity towards the State of Israel and to avoid having any connection with it. The anonymous sources stress that historic Jewish cemeteries in Iran have quietly been getting destroyed and local Jews don’t have the ability to object to it.  They stress that even though Jewish day schools exist, they are not autonomous and they are controlled by the government.  Many of them even have Muslim principals who force Jewish children to go to school on Shabbat. Prayer books and rabbis are in short supply. Given this, the sources stress that local Jews feel like outsiders in the Islamic Republic of Iran despite their almost 2,000 years of history in the country.
Iranian Jewish dissident Marjan Keypour Greenblatt added that one explanation for this sentiment is the Shia supremacy that is prevalent across Iran: “The officially recognized religions (Jews, Christians and Zoroastrians) are still second-class citizens according to the law, entitled to lesser rights and privileges.” Nevertheless, despite the fact that Iranian Jews suffer from this predicament, Iranian Jewish dissident Dr. Sima Goel stressed that the local Jews still take pride in their identity and celebrate Purim in spite of “the dictator that oppresses them.”

Read article in full
Posted by bataween at Friday, March 10, 2017