Israeli Jews born in Muslim lands may be barred from entering the US even if they have only Israeli citizenship. This is one of the effects of the ban signed by Donald Trump on travellers from seven Muslim countries, Haaretz reports. 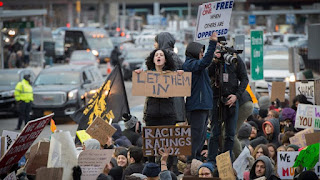 In the most sweeping use of his presidential powers since taking office a week ago, President Donald Trump paused the entry of travelers from Iran, Iraq, Libya, Somalia, Sudan, Syria and Yemen for at least 90 days on Friday, saying his administration needed time to develop more stringent screening processes for refugees, immigrants and visitors.

Israeli Jews who were born in one of the countries on the list can end up with a problem – even if they only have an Israeli citizenship. “The executive order says, ‘If you are from that country’,” Michael Wildes, Managing Partner at Wildes and Weinberg, told Haaretz. “If you are born there, and you left, you are at risk. If you were born there, you are from there. You have to read it this way till they come out with interpretations,” he said.

Asked whether he would advise such a person not to travel, whether to the U.S. or from it, Wildes said: "Absolutely."

"We don’t know how this is going to deteriorate, and we have to be thoughtful, and we are advising our clients not to travel if they are from that region."

Email ThisBlogThis!Share to TwitterShare to FacebookShare to Pinterest
Labels: Iranian Jews in US, Jewish refugees

off topic//
An account of the trial for Islamophobia of Prof Georges Bensoussan [in French]:

Empress,
Not true of British passports. Place of birth is noted.
Eliyahu
Watch this space tomorrow

Speaking of refugees, 61 years ago this January 44 Moroccan Jews, one Israeli and one Spanish crewman drowned on one stormy night in the straights of Gibraltar aboard a run-down boat rented by the Mossad, the Pisces (Egoz).

http://www.jewishpress.com/indepth/interviews-and-profiles/the-very-busy-life-of-michael-wildes-lawyer-hatzolah-member-and-counsel-to-melania-trump/2017/01/25/0/?print
same attorney quoted in article tells the JP that his Dem political bias.
Yes. in fact US passports list place of birth
Yes a country can assign you a citizenship status- based on your birthplace
So his concern for the next 60 days is understandable
--malcs