Today, historian Georges Bensoussan will appear before a criminal court in France accused of islamophobia. Lyn Julius writes in the Huffington Post that his case is not the first and will certainly not be the last.

A complaint was filed against Bensoussan, 64, by the Collective Against Islamophobia in France. During a TV discussion broadcast on 10 October 2015, Repliques, Bensoussan commented that France cannot hope to integrate its Maghrebi immigrants unless it recognized that these immigrants imbibe antisemitism ‘with their mother’s milk’. 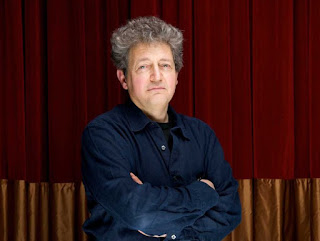 Bensoussan is one of France’s leading historians and editorial director at the Holocaust Memorial in Paris.  The author of an 800-page volume on the uprooting of Jews from Arab countries, Juifs en pays Arabes: le grand deracinement 1850 - 1975  , he claims that he was merely paraphrasing the words of a ‘brave’ Algerian sociologist, Smain Laachar. “Everyone knows it but nobody will say it,” Laachar had declared of Arab/Muslim antisemitism.
Laachar has since denied having said or written this ‘ignominy’. He declared that it was outrageous for Bensoussan to have claimed that antisemitism was transmitted by blood.
Bensoussan has countered that Arab antisemitism was not transmitted biologically but culturally.

“Every Arab family knows it. It would be monumental hypocrisy not to see that such antisemitism begins at home. .. People are being selectively indignant. In France today, a section of young French youth of Maghrebi extraction is having trouble integrating and the old prejudices in North African Muslim culture are being revived - conspiracy theories centered around the Jew, aggravated by the fact that the Jewish community is flourishing in France.”

Bensoussan has accused his critics of ‘intellectual terrorism’. Thankfully, leading historians have rallied to Bensoussan’s defence and an appeal  has been launched to support him.
The Bensoussan case is a carbon-copy of the barely-reported case brought against the philosopher Pascal Bruckner in 2015. Bruckner had called for a file to be opened on certain groups he claimed were collaborators with such Islamist terrorist attacks as the Charlie Hebdo slaughter of the satirical magazine’s journalists and cartoonists. He was acquitted.
Even if Bensoussan wins his case, anyone who states politically-unpalatable fact clearly runs the risk of falling foul of the ‘thought police’. Freedom of expression all too easily can become ‘hate speech’ in France today. The Bensoussan case is another attempt to shut down debate. It’s not the first. And it probably won’t be the last.

Bensoussan: 'if Jews left Morocco en masse, it's because they were fearful' (Le Point - French)
Posted by bataween at Wednesday, January 25, 2017

This is truly a disconcerting indicator of the psychological health, or lack thereof, of France today.