'Syrian Jews can return and get their homes back'

A Druze Israeli, Mendi Safadi, former adviser to MK Ayub Kara, has declared that two Syrian opposition leaders have called on Jews to return to their homes and get their properties back. This JerusalemOnline News report by Rachel Avraham begs the question: how influential are these leaders after the fall of Aleppo to the Assad regime, and how many Jews would be seriously interested in returning to war-torn Syria? 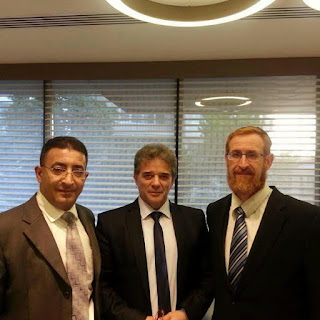 They also expressed their willingness to cooperate politically with Israel and to sign an agreement that will ensure regional stability. (...)

Fahd Al Masri, Chairman of the National Syrian Salvation Front, called upon Syrian Jews to return to their homes and regain their assets in a post-Assad Syria.  He also promised the Jews that they will receive compensation for all of the damaged Jewish property. He stressed that Syrian Jews are part of the landscape and history of Syria, emphasizing that they can be used as a bridge between Syria and Israel, noting that they should have rights like any other person in Syria.

Regarding Syrian Jews, he stated: “Syrian Jews were always like every other Syrian and post-Assad, the Jewish community can return to its glorious days. We want that you will return and to build together with us a new Syria. There cannot be a Syrian culture without the Jews that were part of this mosaic and any Jew that returns will get his home and assets back while lacking everything that had forced him to leave.”

“As someone who has been following the Syrian Revolution since its beginnings and has contacts with many Syrian Opposition groups, I was not surprised by the letters that I received recently,” Mendi Safadi told JerusalemOnline News. “The Syrian Opposition began to open channels with us since the first days of the Syrian Revolution.  Some wanted this but were afraid yet with the time got the courage to reach out. There are those like Kamal Labani that were against it initially who made contact with Israel and with the time exposed the truth about the country, thus invalidating all of the slogans they grew up with. They asked to get closer and today have turned into great supporters for the relationship with Israel. There are many other examples. What I hope is that the madness of the international community in Syria will stop and they will work to logically find a solution for Syria that will restore regional stability. Shelling civilian population centers and eradicating hundreds of women and children in Aleppo will not bring about a solution but will encourage more terrorism.”

Read article in full
Posted by bataween at Tuesday, December 20, 2016