If the High Court forces Israelis to evacuate the 'illegal' settlement of Amona,  it would have to do the same to Arabs occupying property abandoned by Jews in east Jerusalem. Arutz Sheva reports: 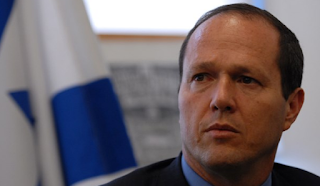 Jerusalem Mayor Nir Barkat contacted Attorney General Avichai Mandelblit to ask him to examine the consequences the High Court decision to demolish the town of Amona would have on property in Jerusalem.

Barkat sent a letter to the Attorney General after spending the past few weeks working with the city's legal adviser on the issue of land in Jerusalem, finding that the city faces a situation similar to that of Amona but with the roles of Arabs and Jews reversed. This is especially true in eastern Jerusalem where there are many areas of Jewish owned land which are currently encroached on by Arab squatters.

Jews lived and owned property in the eastern section of Jerusalem before Jordan ethnically cleansed the area of Jews during the 1948 War of Independence.
Many properties that are owned by Jews since before the State of Israel was established are currently occupied by Arabs who took up residence in those properties during the period when Jews were banned from the eastern half of the city.

According to estimates, if Arabs living on Jewish-owned property were to be treated the same way the residents of Amona are being treated for living on property allegedly owned by Arabs, the city would be obligated to evict thousands of Arabs from their homes. East Jerusalem is not recognized by the world as being under Israeli sovereignty, just as Amona is not.