A Syrian Jew, or a Jewish Syrian?

This story of 'coexistence' between an Arab and a Jewish patient in Jerusalem is heart-warming. But the Arab writer can't get her head around the fact that, while she appreciates Arab culture,  the Jewish patient is not an Arab. From Elder of Ziyon: 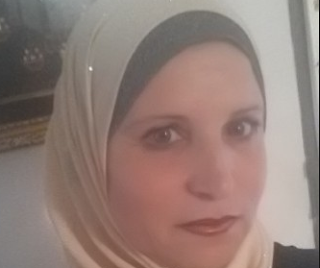 Al Watan Voice, which often features explicitly antisemitic articles, has an interesting piece by Helwa Zayekh about her visit to her sick mother at Hadassah Hospital on Mount Scopus.

She writes that sharing her mother's room is a Jewish woman, adding that "this is normal, of course."

The Jewish woman was born in 1930 and was clearly of Syrian descent. Her daughter brought an iPad for her mother to watch Syrian TV drama, speaking to her in Syrian-accented Arabic. While the Jewish woman couldn't talk, her eyes lit up when she saw her favorite Syrian actors on the screen.

The writer says that she appreciates that Syrian Jews still appreciate Arab culture, but then forces herself to add, "I was amazed at people who could change religion into a nationality," pretending that this family was Syrian first and Jewish only by religion.

If Zayekh wouldn't have added that sentence, she might have been accused of "normalization" with Jews. Arabs like to pretend that Judaism is only a religion, not a nationality.

Read article in full
Posted by bataween at Monday, November 14, 2016

One of the definitions of being an Arab according to the Arab League is being in tandem with the "aspirations" of the Arab peoples. In that case, considering that many Jews who came from Arab countries vote for right wing parties and are ardent Zionists, they can never, ever be Arabs