On Yom Kippur, which begins this evening, Jews are reminded of the story of Jonah, who was commanded by God to warn the people of Nineveh in Assyria that He would destroy them within 40 days unless they repented their evil ways. But we also need to hear the message of the underrated prophet Nahum - that repentance is useless without a commitment to good behaviour,  argues Michael (Nahum) Schwartz in Mosaic. 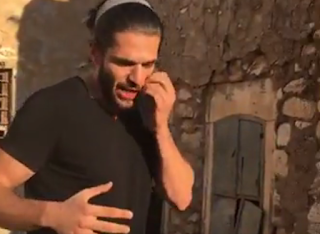 Hazzem Farraj, a Palestinian-American who converted to Christianity, shot this video of the neglected tomb of the Prophet Nahum at al-Kosh in September 2016 in a bid to alert the world to the destruction of Jewish and Christian heritage in Iraq

"And that brings us back, finally, to the placement of Nahum’s book within the order of the twelve minor prophets and to its connection with Jonah. An ancient tradition evidently positioned the two books together, with Jonah first; that is how they appear in the Septuagint, an early Greek translation of the Bible from a now-lost Hebrew text that long antedates the earliest surviving manuscript of the Tanakh we use today. In today’s ordering, the book of Micah comes between them. But whether cheek-to-cheek or one apart, it is hard to resist the inference that we are expected to encounter the two books—both addressing the divine encounter with Assyria, but with very different messages—in tandem. Reading Nahum in isolation is, I think, untrue to the reason why his book was preserved in the first place.

"In Jonah, the reluctant prophet warns Nineveh that divine destruction is only 40 days away. The book then carefully details the acts of repentance undertaken by the alarmed Ninevites: the king himself removes his royal robes, puts on sackcloth, and sits in ashes, ordering his people (and their animals!) to fast, wear sackcloth, and “turn everyone from his evil way, and from the violence that is in their hands.” When God sees “their deeds in that they turned from their evil way,” He relents and spares all.
"
Nahum, for his part, enlightens us to what is about to befall that same city and kingdom at the hands of that same God—after Nineveh has exploited its divine reprieve to oppress Israel and nearly extinguish it. When one reads Nahum in conjunction with Jonah, and with alertness to the ugly and violent deeds of a Nineveh that has reverted to its pre-Jonah ways, a familiar, even orthodox lesson emerges: repentance by itself, however fully its forms are observed and with whatever momentary sincerity, is not enough to keep God’s favor. Ultimately, if proper ritual behavior isn’t matched by actual good behavior, divine destruction follows. For teaching this lesson, and with such searing clarity, Nahum deserves to be brought in from the cold and to be read and appreciated not in isolation but “among the prophets,” particularly Jonah."

Read article in full
Posted by bataween at Monday, October 10, 2016