The man who changed the face of Israel's foreign service, according to the Jerusalem Post, is Moroccan-born Yitzhak Eldan, who rose to become chief of protocol for 41 years. Eldan only achieved acceptance at his kibbutz when he became a star basketball player. 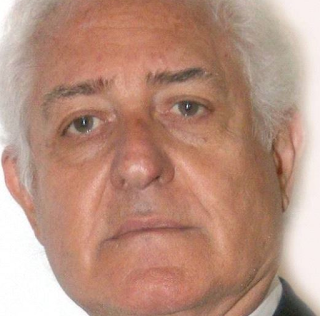 When Eldan recalls his native Morocco, he remembers Egyptian president Gamal Abdel Nasser on the radio. He remembers being frightened as Nasser spoke against Israel after Operation Sabcha, a November 1955 IDF operation carried out in against Egyptian military positions in the border region. But he also remembers how much he still wanted to come to Israel.

“I believed the sky was blue and so close that you could touch it,” he said.

When just 12 years old, Eldan begged his parents to allow him to make aliya.

They gave in only with the stipulation that his older brother, Shlomo, should come as well. With help from Youth Aliya, Eldan his brother and a group of Moroccan boys arrived in Israel in 1956, where they were promptly sent to Tirat Zvi, a religious kibbutz. The kibbutz put the boys to work almost immediately, and after short while the other boys, including Eldan’s brother, requested to be transferred to Mazkeret Batya. “They left me alone,” he said.

By himself and considered an outsider, life in Tirat Zvi was not easy.

“I was not a boy from the kibbutz; I was an outsider. Anywhere is hard, but especially in such a close society as a Kibbutz. It was very difficult,” he said.

“Think about it this way: you are Moroccan, you are not like them, you don’t speak Hebrew. You are different. I attracted a lot of negative comment,” he went on.

Eldan’s early years in the kibbutz were some of the most difficult, and it is a time in his life that he speaks about with an uncharacteristic rancor. That time was marked by sense of shame with his Moroccan identity.

“I remember once meeting with [David] Ben-Gurion, and I told him that I wanted to go to university, but I didn’t have money to study. My parents had eight children. Ben Gurion reacted by asking ‘Are you Moroccan?’ To me it was a big compliment because I didn’t look Moroccan.

“It was so difficult, walking into the dining room at the kibbutz and hearing people say such awful things about Moroccans.

“But I surmounted it.” He pushed through by biting his lip, holding in the desire to retaliate. “I remember becoming stronger. I remember sitting in class when one of the boys wanted to say something about me. I held it in. I said I will be strong.”

“But I never forgot it. It shaped me in such a way that in the 1970s, some years later, when I was student, I joined the Black Panthers [protest movement].”

Read article in full
Posted by bataween at Tuesday, October 04, 2016