How Mashadi Jews preserved their culture

The story of the 1839 forced conversion of the Jews of Mashad to Islam is one of the darker episodes in the history of Persia.  The vast majority of their descendants have fled to the West, where Jews no longer need to practise in secret, or arrange marriages between their children to preserve their Judaism. In researching this profile of Mashadi Jews in Britain for Jewish Renaissance, Michelle Huberman stumbles upon the Cinderella-like tale of Vicky Cohen, who broke with tradition and married a US serviceman. 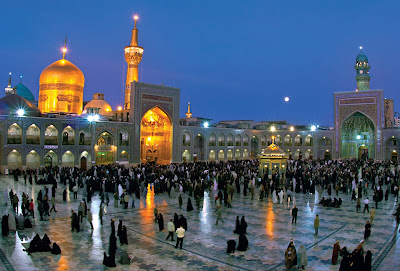 Once a month - at the top of Kinloss synagogue in Finchley - a group of senior ladies gather together around wooden tables to play cards, eat cake and talk about the old times. But their memories are not stories of East End market stalls, meeting boys on Commercial Road, but life as secret Jews living in Persia as Muslims.

Not that many of these ladies can remember Mashad in the north-east of Iran, as most came as children to Stamford Hill in the 1920s - but their parents passed on their personal memories - which all families have imprinted in their DNA. As was often the case, the men came first - trading mostly in rugs and diamonds - and once they had settled they called for their wives and children. The Mashadi community were very different from their Jewish neighbours - most of whom were Ashkenazi who had fled Latvia and Lithuania in the 1880’s and had now moved up from the East End to Stamford Hill. These families had experienced a totally different life and stuck together within their community and initially created synagogues in their own homes.

Life in the West was a major shock for these women used to a strict Muslim culture. Leon Meyer told me how his grandmother Miriam Agadjanoff (nee Nehmed) first came to Europe sometime in 1925 wearing an Islamic chador and was shocked that women went outside with their head’s uncovered and wore shapely dresses.

In Mashad the Jews lived a life as crypto-Jews - outwardly practising Islam with their Muslim neighbours but secretly practising Judaism in their homes. Hendon resident Matti Haron tells me: “my grandfather Matatya and his family from Mashad were forced to convert to Islam. To show the community that he was a ‘good Muslim’ he travelled the long journey by horse to Mecca on Haj. On his return he passed through Jerusalem - and was amazed that Jews lived freely and worshipped openly in the holy city, unlike his hometown.

As soon as he returned to Mashad, he sold up and returned with his family to Jerusalem and set up home in the Bokharian quarter, where I was later born”. During the Great War the family were evicted to Alexandria, Egypt. Fleeing violence again in 1947 they moved back to Israel and thence to London where he settled in Hendon with his wife Jaffa.

When WWII broke out the whole Stamford Hill community moved en masse to the seaside town of Torquay in Devon to escape the London bombings.  Pauline Aminoff - one of the matriarchs of the community and now in her nineties - explained that women and children installed themselves in the boarding houses, went to local schools and that their fathers remained in London to work.

“They would come down every Friday afternoon for Shabbat and bring kosher food with them for all the community. We had a wonderful time and it was good to be away from the bombings in London. There were lots of Jewish servicemen stationed nearby - many from from America and Canada - and we decided to set up a Jewish service men's club for them which became the focus for all of us.”

“One of my friends was Vicky Cohen,” she told me.” She was very beautiful and a big dreamer, but had a very hard life as her mother died shortly after she was born and she spent her first eight years in an orphanage in Palestine. Her father and step-mother were very strict and even abusive toward her, and forbade her to go out, wear nice clothes, etc. As was common in Mashadi families, her father had arranged a marriage for her, but with someone she disliked. She used to sneak out without permission to come to the club with us.”

At the Jewish service men's club Vicky met a US serviceman stationed in Torquay - Roy Travis. “They began dating and fell in love. He proposed to her before he left, and arranged for her transportation to Los Angeles. Vicky had to elope in secret and fly alone to Los Angeles, where they were married.”

I caught up with her son Gabriel Travis from California, who explained: “She was always afraid that her father would come in secret and take her back to London. Her marriage with Roy was a good one, and they made a happy life for themselves in Los Angeles. They had three children: my sister Naomi, my brother Adam, and me.  Later in life she reconciled with her father.  She was close to her half-brother, Nathan, who is living now in Colorado. Vicky and Roy died within a few weeks of each other in 2013”.  Her children are alive and living in California.

Vicky and Roy were the exception. Most of the older generation of Mashadis married their cousins. Customs from Persia die hard in the community, as they had to protect themselves from intermarriage. If a Muslim suitor approached them for their daughter, they could claim that she was either married or had already been spoken for, even aged nine or ten. This way they kept marriages among themselves and eliminated the risk of being discovered. Until very recently, this practice of marrying young was the norm. However, now most of the marriages are within the wider Sephardi community and to the occasional Ashkenazi.

Most of London’s Mashadi Jews have left Stamford Hill and live in and around Finchley. The rest of the community live mostly in Israel, New York, Hamburg or Milan. One of the most remarkable facts about the Mashadis is how they have retained their unique culture through the centuries.

Thank you SO MUCH for this precious piece of history!

We are always learning. Thank you for sharing this amazing story.

This is a beautiful article. Thank you for your sharing. However just so you are aware, Iran is not an Arab country. Rather they speak Persian (Farsi), which is an Indo-European language, with a very different culture compared to the Arabic nations.

Seems that Vicky Cohen was not the only "rebel" within the Mashadi community. I have it on good and genuine authority that a certain Pauline Amonoff joined the ranks of her good friend Vicky and also seeked
out a none Mashadi loverand commenced a passionate affair. However in fear that her parents would find out she was compelled to sever the relationship and reluctantly marry a fellow Mashadi

Do these Mashadi Jews have any social place, comunity centre,.. that can get in touch with them ?