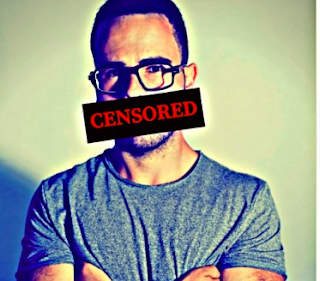 By now many will have been shocked to hear what happened on a London university campus on the evening of 27 October, when the audience for a talk by an Israeli speaker were harassed and bullied by an anti-Israel mob screaming "intifada, intifada!" and "From the river to the sea, Palestine will be free!" The police were called to University College London as the protest  appeared to degenerate into violence.

The Israeli speaker was Hen Mazzig, who had served in the IDF for five years and had toured US campuses speaking on behalf of his country. What is unusual about Hen is that his parents hail from Tunisia and Iraq.  He is able to bring to the fore his family's experience of Arab antisemitism.

Among several articles Hen has written, one recalls his grandmother's horrific experience of the Farhud in Iraq. Here is an extract:

"Despite the persecution of my family in Iraq, she doesn’t speak a lot about her past. It is challenging to get any negative stories from Iraq out of her. She prefers to tell me stories about how great it was, how beautiful Baghdad is, and how they always felt safe – until the two days of horror: June 1-2, 1941, known as the Farhud. To me, this event signifies the days of catastrophe; the start of a Jewish “Nakba” (catastrophe) that no one wants to acknowledge. These two days led to my family becoming refugees.

“Farhud” means brutal intimidation of a population by its ruler, but it seemed more than just the rulers turned on the Jewish population of Iraq during those days in 1941. My grandmother always told me the story of the cafe that she spent her days at, a beautiful little shop, she said. On the first day of the farhud she was there. She tells me how she saw an Iraqi Muslim man screaming “kill the Jews,” and a Jewish woman walking across the street with her seven young children, one in her arms. The man pointed the gun at the woman and began shooting her kids. One by one they were murdered, as the mother screamed. Only after he murdered all of her children did he kill her. Quickly, the cafe owner hid my grandmother in the back of the store, until her father came to take her, running back home."

Read article in full
Posted by bataween at Friday, October 28, 2016

Email ThisBlogThis!Share to TwitterShare to FacebookShare to Pinterest
Labels: Jews of Iraq, Jews of North Africa