Christians and Jews in Turkey are growing more fearful of a resurgence of xenophobia. They are being targeted for blame for the failed July coup against the Erdogan government, Voice of America reports. 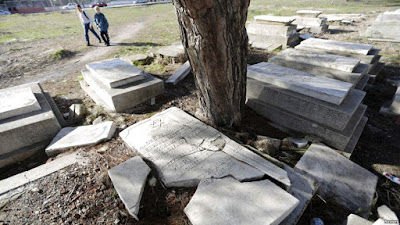 Christian and Jews represent about two-tenths of one percent of Turkey’s mostly Muslim population of 79 million.

But pro-government media outlets as well as some government officials have accused them of playing a role in the July coup attempt and have stepped up the rhetoric against Christians and Jews.

At a “Democracy and Martyrs” rally in August, a pro-government, million-strong anti-coup demonstration in Istanbul, three of the speakers linked religious minorities to coup plotters, calling them “seeds of Byzantium, “crusaders,” and a “flock of infidels.”

Christian and Jewish leaders, some of whom denounced the coup attempt, were in attendance at the rally in attempt to show solidarity with the government. Turkey has been in a state of emergency since the coup attempt and tens of thousands of Turks have been jailed for investigations.

“Particularly pro-government media outlets have taken an anti-U.S. and anti-EU attitude, which I can call a xenophobic attitude, in which they attempt to demonize the West and accuse it of the coup attempt,” he said. “And this narrative targets and harms non-Muslims in Turkey.”

Scholar Rifat Bali, who has written several books on Turkish Jews, says that even though the report of minority ties to the coup have no foundation, Christians and Jews are being targeted.

Read article in full
Posted by bataween at Tuesday, September 27, 2016