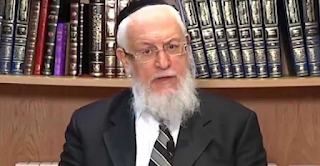 The death has been announced at 71 of Joseph Haim Sitruk, former Chief Rabbi of France, after a long illness. He will be buried on the Mount of Olives in Jerusalem.

One of the great figures of French Judaism, he was born in Tunis in 1944. He re-energised the French-Jewish community in the 1980s. He served for several stints as Chief Rabbi, retiring in 2008. He was known for speaking truth to power. Most recently he found himself embroiled in controversy after he spoke out publically against homosexuality.

Rabbi Sitruk said of Tunisia: " Of all the Arab countries, Tunisia is the most modern, open and tolerant. It must remain so and not give way in the slightest to extremists."