The truth about Morocco: fear made Jews leave


Penina Elbaz is now a successful psychologist in Montreal. As a child in Safi, a southern town in Morocco, she was exposed to bullying and persecution. But some Moroccan Jews choose to live in denial: the rich think they bought their security. Read her passionate plea about Jews displaced from Arab lands: 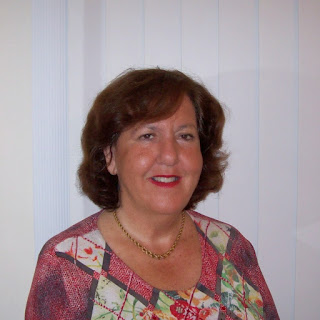 "It is about time we showed the world the kind of persecution which Jews in Morocco suffered. Because  some rich people wanted to play at being ambassadors for Morocco and talk about their good life, they failed to report, or denied,  the persecutions endured by the majority, especially those who had to live in Muslim areas. Our lives were put at risk every day.

I have so many examples: My elderly aunt was pushed against the wall by Muslims and they broke her shoulder. My 14-year- old cousin was pushed against the wall with a knife to her throat. When the Zionist operatives came  to the homes of very poor people, I would follow them to see them off when they left for Israel. They lived in dignity, poverty and fear. They were humble but  noble. The only possessions they had and took with them were fragments of  Torah scrolls in rusty old tins. It was extremely moving; those Zionists were delegated by the Messiah. They saved thousands of lives.

In Morocco anti-Jewish sentiment and their local nationalism were rampant. They wanted the public jobs held by Jewish people, Jewish houses and businesses. They succeeded by inflicting fear and persecution. Jewish people, rich or poor,  loved Morocco. They cherished the land, the culture, and their ancestors from this land and their Saints buried in Morocco. They would never want to talk about the persecutions out of pride, for fear that  people would judge them.  The will to continue to live with no fear made them leave; however, they did take with them the culture and  values. They still have feasts celebrating the Saints,  the henna parties; the kaftans are still cherished.

When I told some Jewish Moroccans my story of being held hostage in a Moroccan jail, I was told that it would not have happened to them because they had private means of transport and protection. This ignorance and denial are outrageous. It does not allow people to tell their life experiences of trauma in Morocco. Among the people held hostages with me were people of all types,  from very poor to very rich. When Muslim fanatics decide to cause harm, they do not need to check to which social class we belong.

the UN 1951 Refugee Convention adopted the following definition of "refugee" to apply to any person who (in Article 1.A.2):[2]