Prosecutor: No future for French Jews 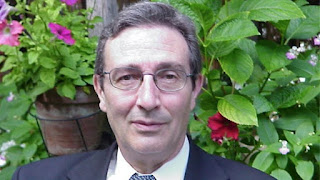 Lawyer Charles Baccouche is a North African Jew in the forefront of the fight against French antisemitism. He does not hold out much hope for the future of the community and plans eventually to move to Israel. Interview in The Times of Israel (With thanks: Lily)

Founded by retired Paris-area police commissioner Sammy Ghozlan, the BNVCA has worked for more than 15 years to combat French anti-Semitism and boycotts against Israel. These include the physical acts of aggression against rabbis, children, synagogues and Jewish schools which began escalating in 2000.

In 2014, for instance, the Jewish community reported 851 anti-Semitic incidents, of which 241 were violent attacks, up from 423 and 105, respectively. Although Ghozlan has retired to Netanya, he frequently returns and is in constant touch with his team, including his right hand man, Baccouche.

It is Baccouche who represents the BNVCA on behalf of French Jewry in legal proceedings. His adversaries are not only the terrorists set on taking Jewish lives but also France’s most notorious and most vocal anti-Semites. These include Dieudonne, Alain Soral, Jean Marie Le Pen and Zeon aka Fernandez, whom he pursues in court four or five times a year.

“Court is very slow and they delay it repeatedly,” he says. “The most important thing is to submit complaints to the French government.”

Over the past three years, in fact, he has submitted an estimated 400 complaints about anti-Semitic acts, a process he has continued since 2009 — “each time there is an anti-Semitic act,” says Baccouche, who resides near the Eiffel Tower.