Mosaic is running a fascinating piece by Menahem Milson, a Hebrew University professor of Arabic studies. Milson became friendly with a number of Palestinian intellectuals after Israel's 1967 victory in order to sound out their views on prospects for peace. He recently dug up the notes he took of his meetings with them. His exchange with Raja al-Issa, a Palestinian Arab Catholic, betraying total contempt for Middle Eastern Jews, caught my eye. 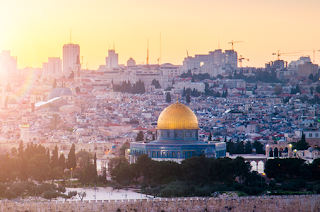 In the aftermath of the 1967 war, Menahem Milson recorded his conversations with a number of Jerusalem Arab intellectuals


After a while, we met again, this time in the Safiyeh family home. Meanwhile Raja had traveled around Israel visiting various cities and towns, and he said that what he saw had impressed him. Israel was very different from how he had imagined it. He added:


I believe there are some Israelis we could get along with. I can divide Israelis into three kinds. The good ones are people like you, Menahem: educated native-born Israelis. You resemble us in many ways, and we can get along with you easily. The second kind are less similar to us, but they are nice people, too: those who have come from America and Western Europe. They are liberal, civilized, and educated, and we can get along with them as well. But the third kind is the worst: the Middle Eastern Jews, especially those from North Africa. They are dirtier than our peasants.

He continued: “Yes, there are people among you we could get along with. I think the best solution is to have a joint country and manage it together, like Lebanon. Would that be acceptable to you, Menahem?”

He had spoken in his usual jocular tone, and was obviously speaking as a friend: “With you and those like you we can get along. You are like us.” It was meant as a compliment, and I had to respond politely. But at the same time he was expressing views that were abhorrent to me. I needed to respond immediately, and I chose an earnest reply over a friendly one. Though I wondered how he could present Lebanon as an example of different ethnic and religious groups living in peace, while ignoring the perpetual instability of the regime there and apparently forgetting the civil war of 1958, I had more important reasons to oppose his suggestion. Not only did the idea of turning Israel into another Lebanon negate its reason for being, it was also contrary to my perception of what any state was meant to be: a framework for a national community.

I said: “I cannot accept your proposal. I am fond of you, you know that. But you regard the Middle Eastern Jews as dirtier than your peasants, and I do not share your view of either the Mizraḥi Jews or the Arab peasants. We Jews are one people, we are responsible for each other and wish to build one society. We must develop our society, and you must develop yours. If you see your peasants as uneducated and uncivilized, you have much work to do in your own society.”

Read article in full
Posted by bataween at Thursday, September 01, 2016

Tragically, Jew hatred among 'Arab' Christians is as virulent as that of the Muslims. This Catholic HATES Jews ONLY because of his 'religious' upbringing and 1750 rears of Jew HATRED indoctrination by the Catholic church leaders

Most Christians in the Middle East identified themselves with the very Arabs who conquered and subjugated them. Although they had to SUBMIT in humiliation and degradation to Sharia for the last 1400 years, they still supported Arab nationalism believing they will NOT be treated as the Jews

Total FAILURE. In my country Iraq, there were 1.3 million Christians. Now with the LOVE of Arabs (Muslims) there are less than 200,000 and more leaving if they can to other countries

Even now, most of the so called Christian leaders in the ME still HATE Jews MORE than they FEAR Muslims!

AlRassoli, certainly you are correct - this Christian Palestinian has absorbed traditional Catholic antisemitism, but what is interesting is his higher regard for 'westernised' Jews. Perhaps this is a vestige of the respect Christians had for the West because the colonial powers were champions of Middle Eastern Christians in the 19th century?