Israel to grant research prize on Jews from Arab lands

Social Equality Minister Gila Gamliel announced on Sunday the launching of an annual NIS 150,000 prize for research into the history of Jews in Arab lands and Iran. The Jerusalem Post reports (with thanks: Lily): 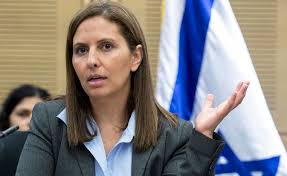 Gamliel, whose father is from Yemen and whose mother was born in Libya, said the prize will contribute to promoting the history of the Jews in Arab lands that has for too long been pushed to the side of the Zionist conversation.

“The story of the Jewish people is massive and has many layers, and the entire Israeli public should be exposed to it,” she said. “Preserving our heritage is our national expertise and the secret of our survival as a people.”

Netanyahu said providing support for researching the history of the Jews of the Arab countries and Iran is an important step, and one needed to “fill in the gaps.” He said the decision has “important implications” both for Israeli society and academia.

The prize will be bestowed annually on November 30, the day which – under a 2014 law – will be marked each year as the national day of commemoration for the 850,000 Jewish refugees displaced from Iran and Arab countries in the 20th century.

This day was selected because it immediately follows November 29, when the UN adopted the partition plan in 1947 and many Jews in Arab countries felt the need to flee their home countries.

In addition, Gamliel’s ministry will allocate an additional NIS 100,000 for 150 medals to be bestowed on people and organizations who have contributed to furthering an understanding of the heritage of Jews from the Arab countries and Iran, and who have worked to ensure that their rights to compensation as refugees will be recognized.

Read article in full
Posted by bataween at Monday, September 05, 2016