Israel's schools will hold a memorial day this year to commemorate the departure and expulsion of Jews from Arab countries and Iran, the Education Ministry has announced. (This is one of the recommendations of the Biton Report.) The Jerusalem Post reports (with thanks: Lily): 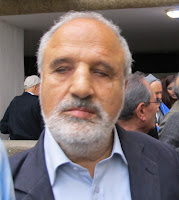 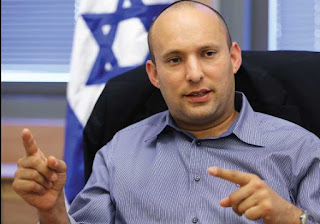 On November 30 schools and kindergartens throughout the country will mark the day with memorial ceremonies, reading books, singing songs and holding discussions on the immigrant absorption experience.

The ministry thus aims to implement one of the July recommendations of the Biton Committee, which was tasked with empowering Eastern Jewish cultural studies within the general education curriculum.

Education Minister Naftali Bennett launched the committee some five months ago, and appointed as its head Erez Biton, the first poet of Mizrahi descent to win the Israel Prize in Literature (2015).

Biton was tasked with strengthening the identity of the Mizrahi Jewish community – including immigrants from Egypt, Iraq, Iran, Tunisia and Libya – within the education system.

“From today the children of Israel will learn the story of the Egoz ship [which sank in 1961 during its 13th voyage bringing Jews from Morocco to make aliya, with the loss of 46 lives, including 44 immigrants] and the story of the incredible Zionist journey of Mizrahi Jews,” Bennett said.

“The day of departure and expulsion is a milestone in completing the whole story of the glorious heritage of Jews from Arab countries,” he said.

As part of the commemoration, students will meet with “perpetuators of Mizrahi and Sephardic Jewish heritage,” past immigrants from countries such as Morocco, Iraq, Iran and Algeria, who will recount their personal stories of expulsion from their homes. The students will also learn of their Mizrahi culture and heritage, as well as their immigration and absorption experiences.

Read article in full
Posted by bataween at Thursday, September 08, 2016