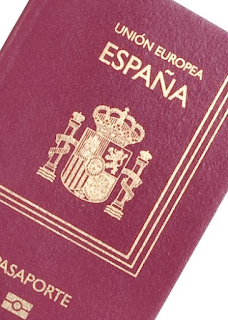 Jewish News reports:  Jerusalem’s chief rabbi was at a loss this week to explain why the Spanish government had suddenly and inexplicably made him a Spanish citizen. Rabbi Shlomo Amar, who was born in Morocco, said he did not ask for citizenship. He believed it may have been in recognition of his work for Sephardi Jewry.

The Spanish nationality was conferred on Amar Friday, according to the EFE news agency, along with 219 others. They were made Spanish nationals by a decree as per legislation that passed last year, under which descendants of Sephardi Jews with proven ties to Spain may naturalize as Spanish citizens. Over 4,300 have been awarded Spanish nationality under the law.
Posted by bataween at Tuesday, August 09, 2016