Mizrahi studies to be mandatory in Israel

It is welcome news that the Israeli education curriculum will give a mandatory focus  to Sephardim/Mizrahim, but critics have already voiced their misgivings that the Biton recommendations will prove divisive and prioritise culture over history, and the story of North African Jewry over that of the Babylonian, Egyptian and Yemenite diasporas.  Haaretz reports (with thanks: Lily) 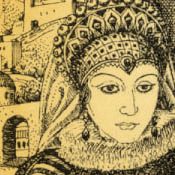 Dona Gracia, an important figure in the Land of Israel in the 16th century

Starting this year, secondary school students will be learning more about Jewish communities in Arab lands, anti-Semitism in North African countries, the 1959 Wadi Salib riots and the Black Panthers of the 1970s as part of their history classes, the Education Ministry announced Monday.

The ministry stressed that many of topics relating to Mizrahim (Jews of Middle Eastern and North African origin) already were part of the curriculum, but not a mandatory part of class study. In accordance with the recommendations of the Biton Committee they would now be required topics for the matriculation exams.

In junior high school, pupils will study “Spanish Jewry – Between Christianity and Islam,” the story of the Jewish diaspora after the Spanish expulsion; “The Jews in North Africa” – the geographic dispersion after the expulsion, and the difficulties the Jews had in their new countries; and “The Jewish Community of the Land of Israel in the 16th Century” (the Jews of Safed, Dona Gracia and Don Yosef).

High schoolers will be learning about the various factors that shaped the fate of Jews in Islamic lands from the end of the 1940s, with a stress on the impact the War of Independence and the establishment of the State of Israel had on the Jews of the Middle East and North Africa. It will be emphasized that over 80 percent of the Jews emigrated from these countries during this period. Most came to Israel while a minority went to other countries (France, Italy, Britain and others).

Similarly, this section will address the numbers, status, and general conditions for the Jews of North Africa and Asia as colonialism began to disintegrate, along with the Zionist activities in these countries and the communities’ religious and historic connection to the Land of Israel. They will also study the riots in Haifa’s Wadi Salib neighborhood, where Mizrahi immigrants protested discrimination and police brutality, and about the Black Panthers, a protest movement seeking greater social justice for Mizrahim. The curriculum will include films, slide presentations, and visits to museums and heritage centers, like the Libyan Jews Heritage Center and the Babylonian Jewry Heritage Center, both in Or Yehuda.

The Education Ministry said that in most cases the new study plans provide a more in-depth look at topics that were already part of the curriculum, but were often not stressed on the matriculation exams. Now teachers will have to focus on them.

as a retired teacher I wonder what in the hell was the Israeli curriculum up till now? no wonder the opening is there for
ideologically driven anti Zionists to spew leftist cant about "Ashkenazi Hegemony." Abdullah Schaffer apostate Jew in Al Arabiya wrote the Mizrahi Jews are not interested in being Arabs except for the music and the food. A lot of the Ashkenazi are not interested in being Jews period. So history may shift back to the Mizrahi.