It is not true that the Israeli government had no policy concerning compensation for Jewish Refugees from Arab countries - just that so many political initiatives never got off the ground or met with international indifference, as in the case of Jewish refugees from the Suez crisis - finds Eylon Aslan-Levy in The Tower magazine. This is the first instalment of his Cambridge thesis on the oft forgotten subject of the Forgotten Refugees.
. 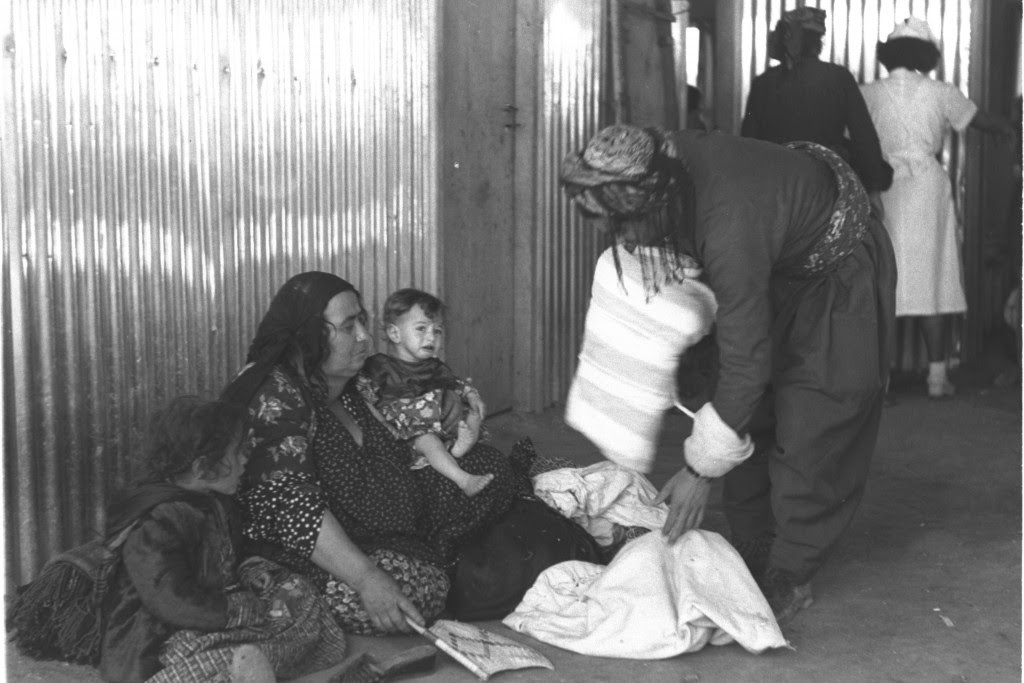 
Israel was keen for Egyptian Jews to depart with their assets, because the cost of absorbing yet more penniless refugees was placing an enormous strain on national finances. The Jews had been allowed to leave Egypt with travelers’ checks of £100 and those who reached Israel could only withdraw £20 because Britain refused to allow the checks to be cashed outside of the sterling zones or by non-nationals. The Foreign Ministry was forced to intervene when the Bank of England refused the Israeli Bank Leumi’s request to allow the withdrawal of £40,000 of accumulated checks.

What followed illustrates the sheer obstinacy of the great powers’ refusal to assist Israel with its refugee burden. The UK Treasury informed the Israeli embassy that Britain was “unable” to revise its decision, since it had never made an exception for non-Jews “of several nationalities residing outside the sterling area.” The embassy retorted that most non-British refugees were in Israel, so this point was “more academic…than practical”: Would the UK reconsider in light of the “humanitarian” dimension? The Treasury replied that it would not release cash outside of a “general settlement,” and unhelpfully replied that Egypt might meet the uncashed balance from its own sterling account “if her own authorities can be persuaded.” Britain, the official said with characteristic passive-aggressiveness, would not object.

Why bother anymore asking those,for whom genocide is a religious imperative,to voluntarily compensate their victims? Who were far more aboriginal to the lands they fled than those who disposed of our brothers and sisters. Keep in mind that the aboriginal Jewish population of North Africa would have been exterminated in the time-honoured Muhammetan tradition if Israel had not won the wars of extermination launched against them in 1947-48.Which have,in fact,been escalated & expanded to a global level since then. This continuing Muslim crime against humanity can only be righted by a countervailing strategy of historical retribution: Which means that there will have to be acts by their targets of opportunity,at the global level,inclusive of THEIR diaspora,against their successor states and the Muslim demographies outside the Islamic orient: Emphatically so, because THEY continue to practice such deeply inbred behaviour:And refuse to even consider changing it. Any attempt at rational negotiation with THEM is simply taken as an act of weakness. What is being proposed here is an authentic wartime strategy; Against those who leave us with no other choice. It will inevitably affect all Muslim communities,wherever they live among their host societies; And their proxies, surrogates and well greased "N.G.O.s: No matter what level of sanctimonious respectability and institutional "eminence" they aspire to. Do WE have any other choice ? What will be the consequences,not to mention the casualties, if we do nothing ? We're sitting ducks as matters stand now.
On the bright side, only a very tiny percentage of the local Jewish populations in the Diaspora,is required for highly persuasive results, Within the laws and civil regulations of each and every local jurisdiction. It's more than THEY ever gave a damn about.