Catching up on the latest news concerning the Iraqi-Jewish archive: two volumes of undiscovered drashot (sermons) delivered by the famous Baghdad rabbi, the Ben Ish Hai, were found in the archive and have been transcribed and printed in two volumes, titled Birkat Hareiach. Report (using Ashkenazi pronunciation) in Matzav. 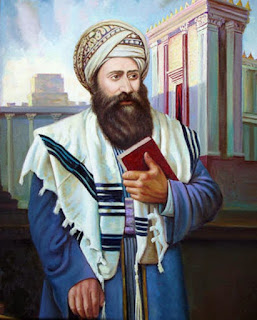 The famous Baghdad rabbi the Ben Ish Chai, who died in 1906


The manuscript was discovered by American troops among 2,700 seforim and tens of thousands of Jewish documents in a flooded basement of Iraq’s intelligence headquarters after Saddam Hussein’s downfall in 2003. The Ben Ish Chai manuscript was taken to the United States where the partially damaged manuscript was restored and transcribed.


The Ben Ish Chai we have today is a collection of droshos Rav Yosef Chaim said during only two years of his half-century incumbency in Baghdad. The new one evidently includes droshos that he said during earlier or later years, which were never heard of until now.

Read article in full
Posted by bataween at Friday, August 12, 2016

Many of the very orthodox Ashkenazim revere the Ben Ish Hhai [Rav Yosef Hayim], as we can see from the Matzav web site. My personal testimony to this is that one night years ago I was at the look out site overlooking the Qidron Valley/Nahal Qidron/. This site is outside the southeast corner of the Temple Mount, and thus of the Old City. Another fellow was there, a Haredi, and I spoke to him in Yiddish. I asked what he was looking at in the valley and in the direction of the Mount of Olives. He said he had come to visit the grave of the Ben Ish Hai, who is buried on the Mt of Olives. From a distance, because even in those days it was dangerous to go to the ancient Jewish cemetery on the Mt of Olives.