More than 100 families are ready to sue the Israeli government unless it releases classified documents concerning the (allegedly) kidnapped children of Yemenite refugees who arrived in Israel in the 1950s, Ynet News reports.

The Yemenite Children affair has resurfaced once again in the public debate following the Achim Vekayamim organization’s stated intention to renew efforts to discover the truth behind one of the cases, which has caused a storm in Israel for decades. 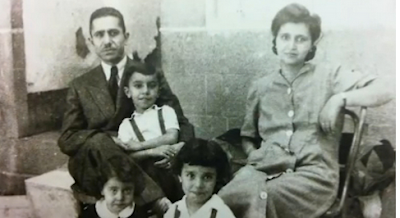 The governmental investigative committee on the mysterious disappearance of Yemeni children classified documents and materials about the case that were classified in 2001. Achim Vekayamim, which comprises dozens of Yemenite family members who were either allegedly kidnapped (or parents of those allegedly kidnapped), announced its intention to petition the Supreme Court to provide access to these files.

The Yemenite Children affair raised much suspicion in Israel after hundreds of babies and toddlers belonging to Yemenite immigrants to the newly founded state between 1948 and 1954 were said to be kidnapped and sold to Ashkenazi families. The parents were reportedly informed that their children had died in the hospital. However, some of the children later sought to track their biological families and discovered DNA matches. Suspicions were further vindicated when parents received military draft orders when their “deceased” children would have reached 18 years old—an indication that they were still, in fact, recorded as alive.