The case of the aggrieved Dr Krief

A French -Jewish doctor of Tunisian origin has claimed that his career has been ruined by 'state-backed' antisemitism. 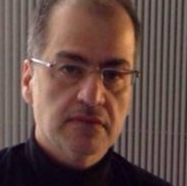 Dr Krief's troubles began when a legal case was brought against him  after he replaced a faulty scanner 'which did not belong to him', resulting in his eviction from his clinics. After eight years of fighting in the courts, Dr Krief's career is in ruins and he has been forced to sell his home to pay legal costs. He  has taken up Israeli citizenship and sent away his children for their own safety.

His defenders allege a witchhunt against him. Says journalist Veronique Chemla, who has campaigned on his behalf, Krief did nothing illegal. Indeed, she claims, key evidence was withheld from the courts.

Ms Chemla blames government and public institutions for incompetence,  but also detects  a strong whiff of antisemitism about the Krief case.

Extreme right and leftwing - but not mainstream - politicians support him. A local MP said: "Dr Krief's only problem is that he does not have Catholic genes going back 22 generations."

Veronique Chemla has criticised the French-Jewish establishment, with one or two exceptions, for failing to call out the antisemitic nature of Dr Krief's case.

According to Ms Chemla, they have stood by while other Jews have suffered harrassment and loss.

off topic///
Photos of 10 beautiful synagogues, among the last in the Muslim world.
see link:

this link has more pix, pix of 11 synagogues:
http://www.aish.com/jw/s/Photos-of-the-Last-Remaining-Synagogues-in-the-Muslim-World.html