The real story of the 20th century has been a massive assault by regimes on the rights of Jews, leading to their ethnic cleansing in Europe and the Middle East. And even when the Jews are gone, hatred of them remains. Stunning must-read by Seth Frantzman in Terra Incognita. 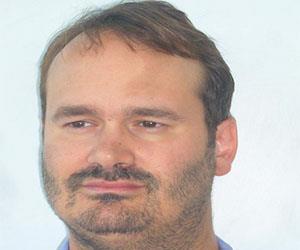 Seth Frantzman: 'Jews were victims of every regime'

In only a few states has the percentage of Jews increased since 1900.  In what is now Israel, France and Canada.  In Australia where the Jewish population increased from 15,000 to 112,000, the population of the country increased similarly.  In many ways the re-creation of a Jewish state in the Middle East is a tremendous revolution, and some of the decline in Jewish communities in the world has been due to their own decision to move to the new state after 1948.  But in many cases it was not, it was due to discrimination, ethnic-cleansing, and genocide. When Jews fled or left on their own accord, those countries erased too often the Jewish heritage often, turned synagogues into stables, and bulldozed graveyards, cities built by Jews, today pretend the vibrant minority never existed.

So what we see is that throughout the entire world, Jews have disappeared.  In some places this is due to migration of their own accord, as noted above.  For instance the Jews of Barbados, once around ten percent of some localities, declined in the 20th century to a tiny population as most sought work elsewhere.
But the real story has been a massive assault by regimes on the rights of Jews. It is interesting that in many cases the 19th century paved the way for Jewish emancipation throughout Europe and also in parts of the Middle East.  Jews in the late 19th century played an unprecedented role in the political and economic life of states throughout the world.  Whether in Hong Kong or the Ottoman Empire, Jews acquired positions of influence.  But this was a short flowering. Within one generation they were gone.

Consider cities like Lemberg, once with a vibrant Jewish population, now today you can go there and visit a mock-Jewish restaurant and see the old courtyard of a great synagogue.  But it is all just talk about their being Jews there.  Their community was destroyed. Perhaps the 1903 pogrom in Kishinev should have been a foreboding of what would come. Then in 1905 the attacks on 660 Jewish communities in Ukraine. Worse would come in 1919-1920 during the chaos of the Russian Civil War. This was just a prelude to the Nazi Holocaust. When one considers the forces arrayed against the Jews, in retrospect, it is extraordinary how the whole of the world turned against this community, which had lived in these areas for more than 1,000 years, which predated the modern nationalism and communities that claimed these areas.

Consider Ukraine and how Jews were victimized by almost everyone. They were attacked in Kishinev on Orthodox Christian easter, they were attacked during riots against the Russian Tsar.  In other places they were attacked by Ukrainian nationalists.  They were attacked by Red Army soldiers, in Lvov in 1918 they were attacked by Poles while the Polish army looked on.  Whether Cossacks or those loyal to the white Russian army, this community stood little chance against such forces. But the events of 1900-1920 was only a prelude of the mass cleansing of the century. Collectivism in Ukraine by the Soviets led to famine, and when the Nazis arrived, total extermination began.

How is it that all the major movements of the first half of the 20th century turned on the Jews?  The Nazis obsessed over exterminating them, but the Communists targeted them as well.  After the Holocaust, with 3 million Polish Jews murdered, it wasn’t enough for the local anti-semites.  Neither Communist nor Nazi, the people of Kielce slaughtered 42 Jews in 1946. In Poland Jews were blamed for “importing communism” after the Soviet victory in 1945. But the Communist party in 1968 launched an anti-Jewish program blaming Polish Jews for being “Zionists” and arrested Jews and removed thousands of Jews from official and academic positions. 13,000 fled Poland due to the “anti-Zionist” anti-semitic attacks by the Communist government.

Even in countries like Turkey Jews suffered numerous recurring discriminations. In 1934 there were attacks on Jews in Thrace. In 1941 Jews aged 27-40 were forced into “labor battalions”.  Soon after forcibly drafting Turkish men the government passed a special Capital Tax Law that taxed Jewish professionals and merchants at a rate four times that of Muslims. After the creation of Israel the Jewish community declined from 76,965 in 1945 to 45,995 in 1952. Jewish representation in politics virtually disappeared mostly after 1961.  With the rise of Islamism, Jews became the targets of terror.  In 2003 fifty-seven people were murdered in bombings of Istanbul’s two main synagogues.  Once again the combination of religious extremism and nationalism, as well as state policies all combined against a tiny minority, to make that minority even smaller.


The model for the destruction of Jewish communities worldwide is that they were victims of every regime and scapegoated by every group.  They were called “Jews” when everyone was Christian or Muslim, they were “capitalists” when people were communists and “communists” when people were capitalists, “semites” when being white was good and then “white” and “European” when being non-white was good, they became “Zionists” and “colonialists” when Zionism and nationalism was wrong. It’s convenient that a tiny group of people, who often pre-dated many of the local people, were always perceived as the other and a threat.  Anti-Semitic colonial authorities in North Africa disliked Jews and excused pogroms like the one in Constantine in 1934. Nazis persecuted them during the occupation of 1940-1943, and then there were widespread pogroms in Gabes, Tunisia in 1941 and in Tripoli in 1945 and in Cairo in 1945.  The combination of nationalism, religious hatred of Jews and “anti-Zionism” all were “reasons”, but the end result was the total cleansing of Jews from the entire Middle East.

Always there is an excuse why countries have to genocide Jews, cleanse Jews, make anti-Jewish laws, burn synagogues, have special anti-Jewish taxes or bulldoze graveyards. And in many of these countries in the Middle East especially even when Jews are gone, the hatred of Jews remains.  During the anti-Mubarak Arab Spring in Egypt in 2011 there were signs accusing him of being a Jew and a Zionist. Mohammed Morsi made anti-semitic comments.  Later Mohammed Morsi would also be accused of collaborating with Israel. Then Al-Sisi would be accused of being Jewish and Zionist, by anti-semites both in the West and Arab world. Throughout the Middle East even when there are no Jews, “the Jews” are always to blame. When there was a film festival in Morocco, once home to 300,000 Jews, Islamic and left wing groups protested it.

Of course they did, because there is not one issue that can unite Nazis, leftists and Islamist extremists, like hatred of Jews. You cannot even have a movie about Jewish life without it being “Zionist” today.  You cannot discuss the Holocaust without it being a “Zionist” conspiracy.  In the Syrian civil war both Bashar al-Assad and those fighting him blame eachother for conspiring with Jews and Israel. Iran and Saudi also trade accusations that each one is part of a Jewish and Zionist conspiracy.  Iran, the “lest anti-semitic” country in the Middle East according to polls, hosts Holocaust denial contests, but the media interprets them merely as a “strategy.”

More by Seth Frantzman
Posted by bataween at Monday, July 04, 2016