It is only through a novel published two years ago by Yossi Sucary that many Israelis first learned that Libyan Jews were victims the Holocaust during WWII .  Hundreds ended up in Bergen Belsen. Sucary talks to JenniferLipman in the Jewish Chronicle:

In Israel, the Holocaust is almost always front of mind. Yet for decades, explains Sucary, whose novel Benghazi - Bergen-Belsen has just been published on Amazon, almost nothing was said publicly about the experiences of the Jews of Benghazi, Tripoli and beyond after the Nazis occupied Libya in 1942.

"They suffered from the Holocaust in the most brutal way, like their brothers in Europe, but people didn't know about it in Israel," says Sucary, shaking his head. "We call it the unspoken Holocaust."

Even now, the story of the Libyan Jews during the Holocaust remains in the shadows. What's known is that after seizing the country, the Nazis created at least three concentration camps: Jado, Gharyan and Said al Aziz, where many died from disease or starvation alongside Nazi brutality. Jews were also transferred through Italy to Belsen and Birenbach Reiss.

Many of the latter group, Sucary's grandparents included, were upper class Libyans who, by virtue of having worked in Egypt, held British passports. "The Nazis planned to make prisoner substitutions," he explains. Unlike in Europe, the Nazis did not keep meticulous records and the number of victims is the subject of ongoing debate. Sucary puts it in the thousands, but is clear that "every one of the 50,000 Libyan Jews suffered one way or another from the Nazi occupation… every family suffered from someone who was killed, wounded or collapsed." 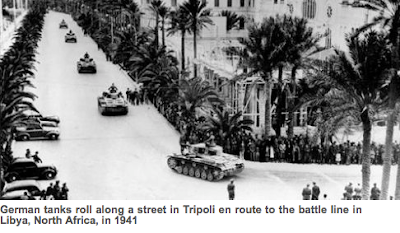 After liberation, survivors were sent back to Libya. Vast numbers of Libyan Jews joined other Mizrachi communities and emigrated to Israel, where Sucary was born in 1959. Growing up hearing his mother wake from nightmares in which she would cry "the Nazis are coming", in Arabic and Italian, Sucary always knew this story needed to be told. When his novel was published in Israel in 2014, it won critical praise - Sucary received the prestigious Brenner Prize for Hebrew Literature -- and sent shockwaves around the intelligentsia, most of whom knew nothing about what had happened.

A few historians had written about it, he says, but people didn't pay attention. "Literature can encourage history to speak and that's what happened. Now everybody knows about this story." The novel tells of Silvana, a young woman who watches her community crumble and displays leadership in the face of this crisis. It is not his mother's story - she was just 10 when the Nazis arrived - but is inspired by it. Sucary's family were wealthy - his grandfather a successful merchant importing building material from Italy to North Africa – and had flourished in then-cosmopolitan Benghazi.

"They lived a very good life and had relatively good relationships with the Arabs." While they survived, his mother's eight-year-old cousin was shot at close range, and other relatives perished. Beyond the atrocities, Sucary is struck by how those taken to German concentration camps survived against the odds; speaking Arabic not Yiddish, used to warmer climates.

Read article in full
Posted by bataween at Wednesday, July 13, 2016