Catching up on some sad news from the Nice terrorist attack on 14 July 2016: the Times of Israel reports on the death of one Jewish woman, while her sister is still critical and has had to have both her legs amputated. They, like most French Jews, are of North African origin. 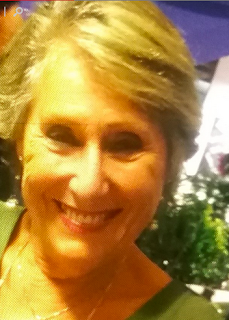 Raymonde Maman
A Jewish woman who was badly injured in Nice on Thursday night when an armed truck driver plowed into a crowd has reportedly died of her injuries.

Raymonde Maman, 77, and her sister Clara Bensimon, 80, were located in a local hospital on Friday afternoon, where they are both on respirators in critical condition, the Ynet news site reported.

Maman succumbed to her injuries on Sunday, according to reports in the ultra-Orthodox media outlets Hamodia and Kikar HaShabat.

“She was a wonderful woman, dedicated to her family,” acquaintances of the family told Kikar HaShabat. “The entire community is in shock. At first they couldn’t find the sisters but after searching far and wide, they located them in serious condition in the hospital. Who would have believed that we would be here today eulogizing her? It is a huge loss to the community and a great shock to everyone.”

Bensimon remained in a coma on Monday, according to the reports, which said her legs had been amputated as a result of her injuries.

Attack came as no surprise to local Jews (Times of Israel -with thanks: Janet):


The attack came as no surprise to many locals, including many of the city’s 20,000 Jews, who for years have been the target of anti-Semitic attacks and harassment by members of a growing minority of fundamentalists from within the city’s large Muslim population.

“The only Jews you see walking around with a kippa are the foreign tourists,” said Chalom Yaich, a caretaker at the Michelet Jewish community center and synagogue. One of Nice’s dozen-odd synagogues, Michelet is located next to a car repair shop at the northern downtown area about a mile and a half from the glitzier beachfront area.

“We locals have stopped wearing it years ago or covered it with a hat for safety,” said Yaich, 53.