Israel 'working secretly to get restitution in Arab lands'

Israel is working secretly to obtain the return of Jewish property in Arab countries, Social Equality Ministry Director-General Avi Cohen said Wednesday, adding that millions of shekels have been allocated to the process, Haaretz reports. Quite what this 'covert activity' involves, and how Israel will obtain the 'restitution' is not clear, but it shows that at last the Israeli government is willing to do more to gather data than simply relying on the relatively small number of claims made. (With thanks: Yoram) 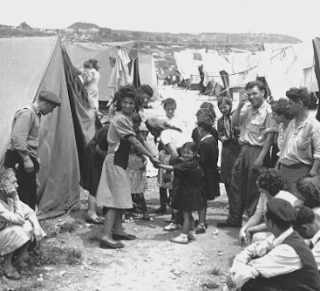 Most of the Jews came to Israel with nothing, having abandoned assets and property worth millions of dollars

Speaking to a Knesset Immigration, Absorption and Diaspora Affairs Committee hearing on restitution, Cohen said, “There is classified activity in conjunction with the Foreign Ministry in which we will invest millions to restore property belonging to Arab and Iranian Jewry, which will come to fruition within a month to a month-and-half. I cannot elaborate further.” Alon Simhayoff of the National Security Council confirmed the statement, adding that the covert move has the backing of the Prime Minister’s Office and the NSC.

The news that Israel is secretly working to secure the return of property stolen from the Jews of the Islamic world some 70 years ago is surprising. Though the restitution issue resurfaces in the public debate every few years, until now, virtually nothing has been done about it. The sensitive issue resurfaces in public debate every few years. Though numbers aren't exact, it is believed that nearly a million Jews resided in Arab countries and in Iran on the eve of the War of Independence in 1948.

After Israel was established, around 600,000 of them immigrated to Israel over the next three decades in waves that continued in 1956 and 1967 and after the Iranian revolution in 1979. A State Comptroller report published 2014 blasted the state for neglecting the issue, and put the combined value of the lost assets at “a few billion dollars.” Despite repeated promises by successive governments, the state has made almost no effort to gather data on this lost property, and as of when that report was published in 2014, it hadn’t even formulated any real plan for doing so.

The Knesset did pass a law in 2010 stating that restitution for the lost property would be part of any future peace negotiations. And three years ago, the Social Equality Ministry, which is responsible for dealing with this issue, issued a public appeal to any whose family lost property in the Arabs states or Iran to fill out forms seeking its restitution.

Lieberman is back and preparing the next elections. That's what it means. He "owns" that dossier now. He locks it when he is out of the government, reopens it when he is in. There was Danny Ayalon, then Shimon Ohayon, now Avi Cohen.

The countries that had significant Jewish populations are in no way capable of paying reparations. Egypt can barely feed its own people, Iraq is war-torn, etc.