With thanks: Sylvia and Eliyahu 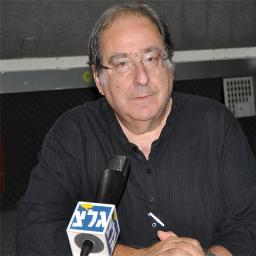 The Biton report, which was released last week, has already sparked a furious controversy.


No sooner than the ink was dry on the report into how more Mizrahi and Sephardi culture and history might be incorporated into Israel's education system, than Gidi Orsher (above), a movie critic on the Army Radio station Galei Tsahal, launched a rant on his Facebook page. Orsher disparaged Biton's recommendations that more should be taught about North African rabbis such as the Baba Sali.

"Next time you want protection from missiles, forget Iron Dome and put a chicken leg on your head," Orsher wrote, referring to a North African old wives' superstition.

"Next time you want to conceive a baby, bypass the fertility clinic and go and prostrate yourself at the tomb of Rabbi Kosama in the Galilee. And wait, wait, and wait." 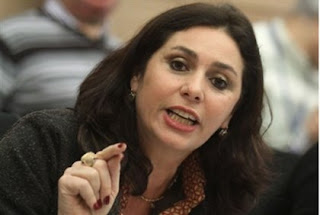 Culture minister Miri Regev (right), who is of Moroccan extraction,  has applauded the suspension of Orsher pending an inquiry. On her Facebook page, Regev denounced Orsher as an elitist who 'rated zero' in her scheme of things.

The Biton report seems to have ignited a new phase in Israel's culture wars, recalling the resurgence of the 'ethnic demon' at the time of the 2015 national elections.  Yair Garbuz, scion of the Ashkenazi cultural elite,  had then denounced the 'talisman kissers and tomb-worshippers' who supported the Likud party.

Actually, these attitudes go back to the 18th century in European culture, particularly in Germany, according to the article at the link. These attitudes that you rightly deplore go back long before the 1950s or 1930s.
http://www.acpr.org.il/English-Nativ/10-issue/green-10.htm

By the way, do you think Orsher and his friends care at all for the traditional culture of the Ashkenazim which was of course very religious, focussed on studying Bible and Talmud and Rashi, etc, and in that way was not so different from the culture of Jews in the East? Do you think they want or would tolerate more than barely any revival of Yiddish language and the associated music, not really all that "Western," and so on?

You make a good point - these attitudes go back to the Enlightenment and they have internalised its antisemitism. You are quite right that Orsher would not care a jot for traditional Ashkenazi religious culture. But there is another aspect to this issue that is barely mentioned - that Mizrahim also resent Ashkenazim, for a variety of reasons. It is not by any means one-way traffic.

Bataween, true but then these reasons need to be highlighted for them to be understood. Very much of the resentment is because we are considered 'the other' (like the alternative music scene compared to the pop music scene) and treated as the exception, not as part of the mainstream Jewish culture