At last, a voice for Mizrahi history and culture (updated) 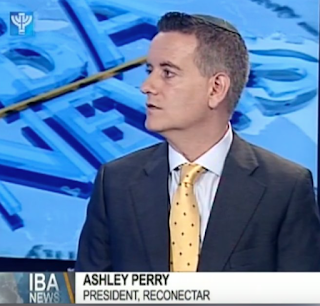 The day that the Biton report  recommending more Mizrahi and Sephardi content in Israel's schools was presented to minister Naftali Bennett was a red-letter day for the 50 percent of Israelis who hail from Arab and Muslim countries. For Ashley Perry in The Times of Israel it means that recognition that  there is no one Jewish way in anything, but a myriad of histories, has arrived.

Ashley Perry
While for many, this will barely merit a blip on their radar, for the millions of Jews of Sephardi or Mizrahi background, it is a day that has finally arrived, albeit 68 years too late.
Statistically, every other Jew in Israel comes from the Middle East or North Africa and when the Jews of Morocco, Iran, Spain, Portugal, Yemen, Greece, Afghanistan, Egypt and other places throughout the Sephardi and Mizrahi world study their history and culture at school, it was largely ignored or skipped over.
The lack of education about the history of these Jewish communities allows for bigoted reactions simply largely because of a lack of knowledge and awareness.
Many still refer to Sephardi Jews as somehow “backward,” “superstitious”, “oriental” or “medieval”, as we heard from a well-known radio film critic recently, which is simply bizarre when one understands that, to give but one example, during the last century some of the worldliest, educated, successful and cosmopolitan Jews in the world could be found in places like Cairo and Baghdad.
Others will simply refer to Jewish history, culture and tradition through an entirely Ashkenazi lens.
I can’t count the amount of times I have heard people refer to the “usual” prayer book, the “normal” way of doing things or “traditional” Jewish culture when referencing Ashkenazi custom and tradition.
For those who think this is an exaggeration, try a little thought experiment. When you think of Jewish music, food or language, do you think of anything other than klezmer, gefilte fish, or bagel and lox, and Yiddish, or similar examples?
Do you know any Judeo-Spanish romansas, ever tried Kubbeh matfuniya or heard Judeo-Berber?
This has an effect of creating an “otherness” in respect to these communities, which creates the impression that they are somehow outside the normative social identity of the state and society.
There is no one Jewish way in anything, not history, culture or tradition.
There are a myriad of histories, a kaleidoscope of cultures and cacophony of traditions which makes the Jewish People a beautiful mosaic, each with its roots in our ancestral homeland but with different experiences during the millennia Diaspora.
The State of Israel has always had a tension between two models of identity politics, that of ‘melting pot’ and multiculturalism.
While many of the founding fathers and mothers understandably sought to create a ‘New Jew’ and new society for the reestablishment of sovereignty in our national homeland, it largely meant that it was constructed along Central and Eastern European lines that they had experience of and attempted to emulate.
Israelis Jews were expected to melt away their cultural prism into a largely Central and Eastern European pot.
Unfortunately, this meant that the history and culture of the Jews from other parts of the world were deemed superfluous and even damaging to this national ethos.
Nevertheless, in recent generations there has been a greater move towards multiculturalism, where multiple cultural traditions have gained slightly more prominence, if still not equality.

Read article in full
Posted by bataween at Sunday, July 10, 2016

Ashley Perry says that some of the claims made by the anti-Mizrahi camp in Israel are irrational or ignorant. Of course, but that is because Leftism today is a cult having little to do with the working class as used to be argued. Cultists --which usually means people who have been well-indoctrinated-- are not rational or knowledgeable nor do they reason by facts but rather by inculcated prejudices, etc. So "Leftists" can be and often are much like the "national socialists" of the 1920s and 1930s. Nothing new under the sun.

And they can be manipulated by demagogues who know which buttons to push, so to speak.