To eat or not to eat 'kitniyot ': that is the question

There is a joke making the rounds:"What do you call people who starve at Passover? Ashkenazi Jews." The joke is based on the fact that Ashkenazim have a   more restrictive menu over the festival which bans beans, peas and rice, among other things. But all this is changing.   The news that the US Conservative  rabbinical authorities have overturned the traditional ban on certain grains and legumes at Passover testifies to the growing influence of Sephardi and Mizrahi customs on Ashkenazi Jews. Here's an explanation of what is and is not permitted, from the Angelfire blog: 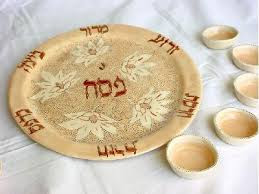 In practice, most - but not all - Sephardic communities eat products containing these grains and legumes and their derivatives during Passover. However, like Ashkenazim, Sephardim forbid the use of chametz grains, which include: barley, oats, rye, spelt, and wheat, during the Passover festival, except when making matzah, in which case any of the 5 chametz grains MUST be used so that it simulates the situation that the Hebrews experienced when they tried to bake their bread as they prepared to flee Egypt.

Furthermore, Sephardim, like Ashkenazim, are forbidden to come in contact with or even have in their possession in their household any chametz. Chametz includes leavened foods, drinks and ingredients that are made from or contain wheat, rye, barley, oats or spelt. Therefore, all grain products such as breads, cereals and other breakfast foods, grain alcohol, grain vinegar and malts, are forbidden during Passover. Some Sephardic communities will eat rice and kitniyot during Passover but must check them three times prior to the Passover festival to make absolutely certain there are no kernels of chametz in the rice or kitniyot, in accordance with the Passover dietary laws for chametz.

In addition, out of the concern for an accidental mixture of kitniyot flour with chametz flour, Sephardim will only use fresh legumes and not dried legumes, unless the dried legumes were dried for the specific purpose of being used for the Passover festival. Despite these restrictions, Sephardim and Ashkenazim agree that having possession of kitniyot (Sephardic pronounciation) / kitniyos (Ashkenazic pronounciation) - but not consumption of kitniyot/kitniyos for most Ashkenazim and some Sephardim - is permitted during the Passover festival.

Wishing all Point of No Return readers who are celebrating Passover, Hag sameah and Moadim lesimha!
Posted by bataween at Friday, April 22, 2016