'People of the book' lose books to Egypt

The local Egyptian Jewish community in Cairo has unilaterally 'given away' unique and priceless books and registers in the Adly St and Benezra synagogues to the Egyptian authorities. A team from the National Archives has since descended on the Jewish community of Alexandria, which is under separate management, to seize religious and civil identity registers. 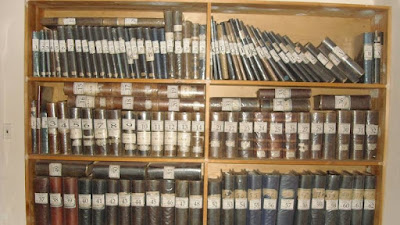 The library at the Adly St synagogue in Cairo: access denied

Egyptian Jews in the West have expressed outrage at these developments, but their anger is mainly directed at Magda Haroun, who leads the tiny group of eight people known as the Jewish community of Cairo.

" One can legitimately ask what authority did they have? If you are the last one to switch off the light does that automatically give you the authority to empty the house?" says Yves Fedida of the London- and Paris-based International Nebi Daniel Association.

However, the seizure of the Alexandria registers took place without the consent of the five Jews still living in the city.

There are five libraries in five synagogues in Egypt dating back to 1830. The contents of the Adly St synagogue library were catalogued in 2009 - 2010. The Nebi Daniel Association complains that access to these libraries has been denied since 2010 when this video was taken.

The  International Nebi Daniel Association has  campaigned for 14  years for  Jews living outside Egypt to have access to communal records. They have not been even allowed to scan or photocopy personal documents. The Association wanted the Egyptian authorities to establish a Museum of Jewish Heritage. Such a museum would be empty of its contents.Yves Fedida likens the seizure of registers to the robbery of Tutankhamen's tomb.

News of the library seizures undermines the Association's recent efforts to draw the government's attention to the urgent need to preserve Egypt's Jewish heritage. Last week, the Association presented a petition with  almost 1, 500 signatures to President al-Sisi and to nine Egyptian embassies around the world. 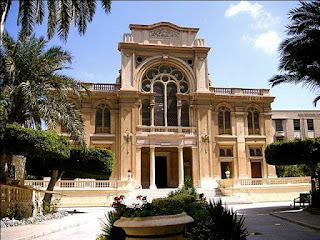 Egypt's Jewish heritage is literally crumbling away. Part of the ceiling of the ladies' gallery in the Nebi Daniel synagogue in Alexandria collapsed recently. Since the Arab Spring, the Egyptian government has not allocated funds to restore and maintain synagogues.