Manny Dahari had been working from America for two years with the US State Department and Jewish Agency to get his family out of Yemen — and this week he succeeded, The Times of Israel reports:

On Sunday night, 17 members of the Yemenite Jewish community were brought to Israel from the civil war-stricken country, a few days after two other Yemeni Jews arrived.

Many of the details about their escape are still being kept secret, Dahari told The Times of Israel over the phone. According to Saudi sources, however, the Houthi rebels who controlled the area where the family lived were bribed to allow safe passage for the 19 Jews.

From the Houthi-controlled city of Sanaa and the nearby village Raydah in western Yemen, the 19 Jews flew to Amman, Jordan and then to Israel, the London-based Asharq Al-Awsat newspaper reported.

“I’ve known about it all along, but I wasn’t 100 percent sure of when,” Dahari said.

Manny Dahari, who helped orchestrate the airlift to remove his family and other members of the Jewish community from Yemen, receives an award from the Israeli American Council in March 2016.

Dahari had been working closely with the Jewish Agency to help orchestrate the move. Today, the 22-year-old studies marketing and political science at Yeshiva University in New York, he said.

“Over the past month we’ve tried maybe four times. Three times we failed, and this time it finally happened,” he said. “I’m just so relieved right now. I know that they’re safe,” Dahari said.

In the wake of the escape, at least two Yemenites — a Muslim and a Jew — have been arrested by the authorities there for their alleged involvement in the operation. 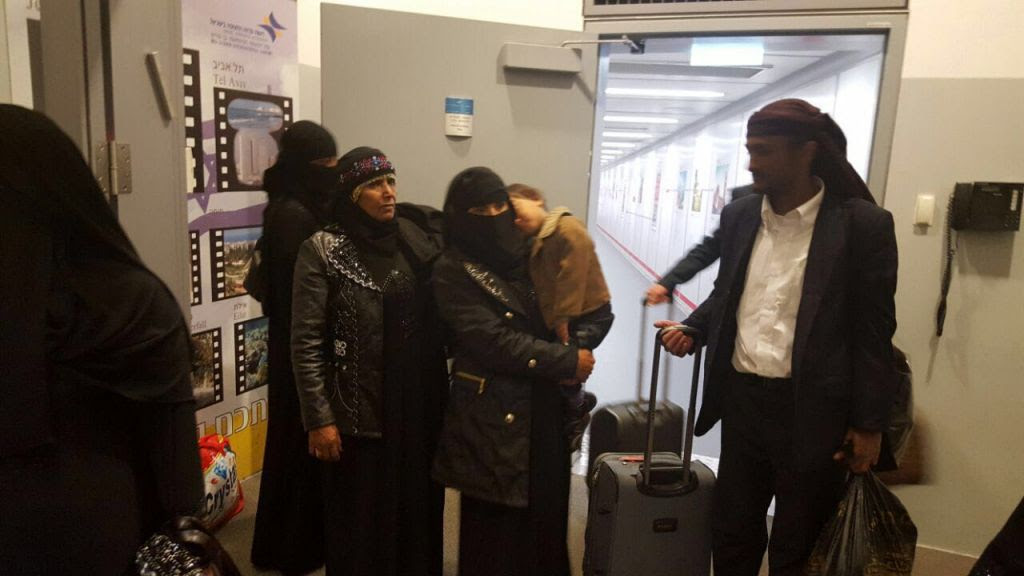 The charges against the two apparently have less to do with the escape of the 19 Jews and more to do with a nearly 600-year-old Torah scroll that was brought out of the country with them, which the Houthi rebel leadership claims is part of its heritage.

Zion, another member of the Dahari clan, tells how he was reunited with his family in Israel. The Los Angeles Times reports: 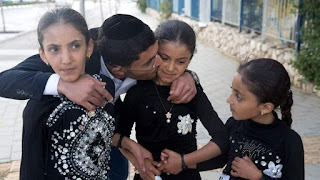 Zion Dahari hugs his sisters Malka, right, Hodaya, center, and Ester, left, after the girls arrived at an immigration centre in the Israeli city of Beersheba on March 21 following a secret rescue operation in Yemen.(Menahem Kahana / AFP / Getty Images)

Zion Dahari left his native Yemen as part of an international effort to bring its remaining Jews to Israel.

He was 14 and not sure if he would ever see his family again.

Four years later, they were reunited in an Israeli immigration facility after 17 of his relatives were airlifted out of their war-torn homeland. After stops in Saudi Arabia and Jordan, they arrived in Israel on March 20.
“I found out they were arriving in Israel at the last minute, I dropped my study books, caught the bus and ran,” said Dahari, surrounded by his parents, six brothers and sisters and nine other relatives at the immigration center.


“All of my family are now in Israel,” he said. “I am touching the sky with excitement.”