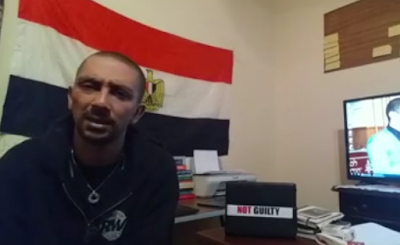 Update: Meligy has been told by the community leader Magda Haroun that the seder this year will not take place after all because the members are too elderly or unwell to attend.


The Egyptian Jews of Cairo will be able to celebrate their Passover Seder this year thanks to the efforts of an Egyptian peace activist.

When Ahmed Meligy visited the Shaar Hashamayim synagogue in Adly St, Cairo with his friend Isaac Cohen, he was told by the community's leader, Magda Haroun, that they did not have enough funds to arrange their Seder night, let alone preserve Egypt's Jewish heritage. Meligy rang a rabbi friend of his and managed to raise the money.

Meligy tells why he is passionate about working for peace  in this touching video. He describes how it took him five years to persuade Cairo-born Isaac Cohen, now living in the US, to overcome his fears and make a return visit Egypt. Cohen's family had been summarily expelled with one suitcase along with tens of thousands of others in the 1950s. Meligy took Isaac Cohen around his old haunts, including his apartment and school, and got Cohen access to the Adly St synagogue, where he was able to sit in the same seat he had occupied as a child and read from the same 1946 prayer book.

Wherever Isaac went, he was greeted with warmth and sympathy by young Egyptians. All 'apologised' for what had happened to Isaac, and Ahmed too apologised.

However, Ahmed Meligy's peace work has not come without cost. Meligy runs the risk of upsetting the Egyptian authorities and has even been jailed. He has been the butt of insults and opprobrium for expressing sympathy with Jews, including Hadar Cohen, the 19-year-old IDF soldier who lost her life protecting others from a Palestinian terrorist.

At the time of posting his video has been blocked on Facebook. Please share this post as widely as you can so that as many people as possible can view it.
Posted by bataween at Monday, March 28, 2016