The 16 Jews in Damascus are short of food and money

Israeli experts and an activist in contact with the remaining 16  Jews in Damascus painted a bleak picture to The Jerusalem Post. They wanted to end their lives in Damascus but instead found themselves stuck in a war. There are no Jews in Aleppo; the synagogue is empty but at risk of destruction: 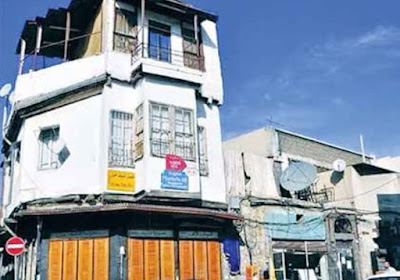 “All of the Jews that wanted to leave Syria left some time ago,” Prof. Eyal Zisser, a leading expert on Syria from the Moshe Dayan Center at Tel Aviv University, told the Post. Most of them left in the 1990s as part of an agreement between the US and Syrian governments, he said. “Those that remained are elderly Jews due to the difficulty of changing places along with their environment. They requested to end their lives in Damascus and now they found themselves stuck in a war,” continued Zisser.

Asked if their lives are at risk, Zisser responded that he did not think the Jews in Damascus are in immediate danger as “surely the regime has no interest in dealing with them.”

“As long as the regime controls Damascus their lives are assured,” he said, noting that of course daily life is difficult because of the war. “But it was their choice to stay in Syria at the time.”

Mendi Safadi, an Israeli Druse political activist in touch with the dwindling Jewish community of Damascus, shared pictures and messages from them with the Post.

“There remain around 16 elderly Jews over 70 in Damascus that are suffering from food shortages and economic difficulties because of the war,” he said.

“Their health and economic situation as well as the risk, make it very difficult for them to leave.”

Read article in full
Posted by bataween at Monday, February 15, 2016